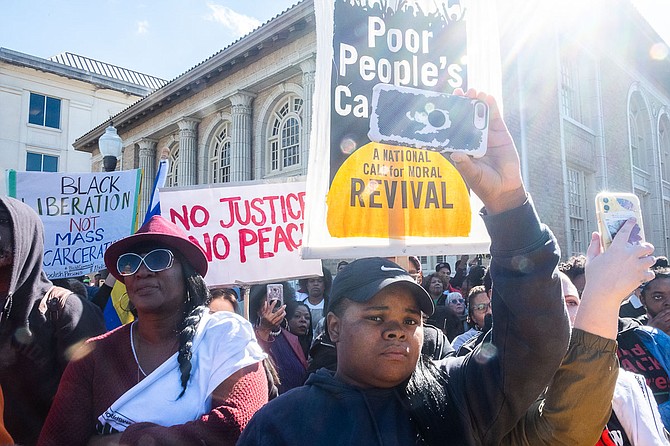 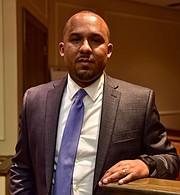 Earlier this month we gathered to celebrate the life of Dr. Martin Luther King Jr. Americans of all backgrounds—rural, urban, rich, poor, black, white—commemorated the sacrifices King made for freedom and equality. But it is also a time to challenge ourselves to live up to our nation's commitment to freedom and equality, a reminder of the need to see the humanity and dignity in others as King preached.

Over the last few weeks, news about the conditions of Mississippi's prison system have exposed the need to see the humanity of people in prison. Since Dec. 29 alone, at least 13 inmates have been killed or died. Many of those deaths occurred while prisons were on lockdown, implying either gross negligence or intentional misconduct.

Additionally, the flood of photos and videos from inmates showed widespread problems: blood-smeared walls, mold and mildew, rodent infestation and standing water. More than 300 cells were without power, and many units lacked running water—meaning that toilets weren't flushable and inmates had limited access to drinking water.

These conditions and murders have generated national attention. Jay Z and Yo Gotti filed a lawsuit on behalf of several inmates, and Congressman Bennie Thompson has called for a federal investigation.

Lest we forget, Mississippi has been down this road before. Prior to 2011, Parchman was under federal oversight for 40 years. This allowed a federal judge to force the Legislature to spend money on the prison. If conditions don't improve, it's only a matter of time before the entire system is under federal oversight, which means placing federal judges in control of the budget for the entire correctional system.

Our newly elected state leaders have a choice before them: address the moral and legal crisis in our prisons or ignore it until the federal government steps in. This presents the question: How many more people would have to suffer in the meantime?

Here are two suggestions to address the crisis.

First, we must increase the pay of the guards. It's foolish to expect people to work one of the most dangerous jobs in government for the same pay as a fast-food worker. With an increase in pay, we can hire guards who would be less susceptible to bribes and corruption.

At the same time, we have to accept the reality that the Legislature is unlikely to allocate the hundreds of millions necessary to fund a prison system with 20,000 inmates. That is especially true considering the dire need to pay our teachers a wage much more aligned with their importance to our future.

Therefore, my second suggestion is geared toward reducing costs. This measure could save money and allow MDOC to reallocate more funds to rehabilitation.

The recommendation is use of executive clemency—an idea you may be surprised to hear from a district attorney.

Recently, clemency has been under scrutiny. On the last day of his term, Gov. Haley Barbour pardoned or commuted around 200 people and was widely accused of political motivations. As a result, Gov. Phil Bryant promised not to use his clemency power and didn't. Bryant's decision meant that clemency wasn't discussed much (if at all) during the governor's race, and I don't recall new Gov. Tate Reeves taking a position on it.

Unlike Gov. Barbour, and more recently Kentucky Gov. Matt Bevin, Gov. Reeves shouldn't wait until the last day of his term to grant clemency. He should immediately set up a committee to identify and vet potential people for clemency.

The committee could review the sentencing for all current inmates for disproportionate sentencing and also review their prison discipline and behavioral records to determine who may have been rehabilitated and is ready to safely return to society. Unlike the parole board, this committee wouldn't have legal limitations on the timing and conditions for potential release.

The committee could publicly announce recommendations and hold public meetings to discuss their reasoning. These hearings would give the public the opportunity to voice concerns, give the press time to investigate the recommendations, and give our communities opportunities for forgiveness and redemption in line with our Christian beliefs. Politically, this process would insulate the governor from the typical risks and criticisms associated with pardons.

The timing is also politically advantageous. Gov. Reeves has made no secret his admiration for President Trump. Well, the First Step Act is one of Trump's most popular bills, and it resulted in the release of more than 3,000 people from federal prison. President Trump also hasn't been shy about granting pardons, even when controversial.

Finally, this process could have an immediate impact on the behavior of the current prison population. A possibility of clemency would give people another incentive to behave while in prison. Rewarding good behavior and encouraging people to change increases the likelihood of rehabilitation, which, in turn, decreases the likelihood of recidivism. This improves the conditions of the prisons without spending a dime.

Of course, this proposal is easier said than done. Others might have better ideas. What matters most, what honors Dr. King most, is that we do something. King became an icon because he forced the country to see the humanity in others. The best way to honor his name and his legacy is to see the humanity in the people in prison and treat them with the same dignity we would want to be treated ourselves. Scott Colom is the district attorney for Mississippi's 16th District.