Lorenzo Sutton: A Sports Fan and A Good Man 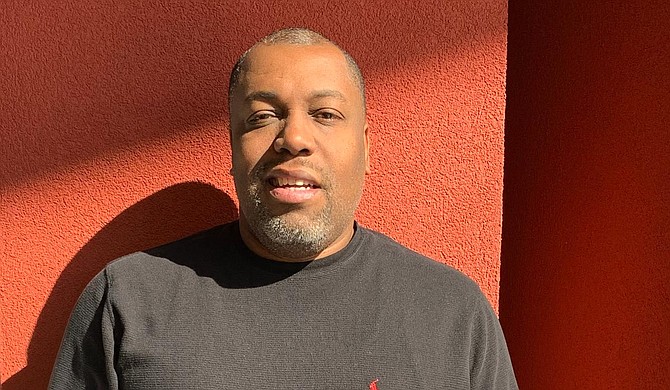 Lorenzo Sutton has been a sports fan all of his life.

He played football and basketball while in high school at Northwest Rankin High School, and has also participated in sporting events such as watching the Mississippi Mudcats play hockey and attending drag races.

"I've been all over the place," he says. "I've traveled to Florida, I've been everywhere to watch football games and basketball games. I've been an avid fan of the history of all the sports, and just anything dealing with Mississippi and (sports)."

Sutton, a Brandon native, is the oldest of three children. He graduated from Northwest Rankin High School in 1996 and then attended Hinds Community College to study electrical work. He worked at Jackson State University's eCenter doing maintenance work until he became the building manager at the Mississippi Sports Hall of Fame and Museum in July 2019.

He stumbled across the job, Sutton says. He was browsing social media one night when a post about the job came up in his feed. "I said, 'What the heck. I don't have anything to lose,' so I gave it a try, and it's been a blessing to me ever since," he says.

Every time he walks through the halls of the museum, he says, he always finds out something new about Mississippi sports.

"And the people that come through, all the people, the younger people with all the enthusiasm, and the knowledge and info that they have to share with me, it's always amazing," Sutton says. "I'm always learning something and figuring something out each and every day."

Sutton especially enjoys meeting people who have played on Mississippi teams in past decades and learning about that history. "They can enlighten me and help me to remember exactly how everything was during that time," he says.

In his job, Sutton does everything from leading tours when necessary to making sure the building gets necessary repairs.

It's important to preserve Mississippi's sports history, he says, because the state has ties to many different teams and sports.

For example, many people do not know that Jimmy Johnson coached a year at Picayune Memorial High School in 1966. Also, Coach Marian "Chief" Henley led the Picayune football team that held the record for most consecutive wins at 64 until South Panola High School exceeded that number in 2007.

When Sutton isn't at the Hall of Fame, he likes attending church, cooking and traveling for barbecue events. He is married to Tysha Sutton, and they have a daughter, Kennedi Sutton, 10, who is a member of the Northwest Rankin Athletic Association's fast-pitch baseball team.