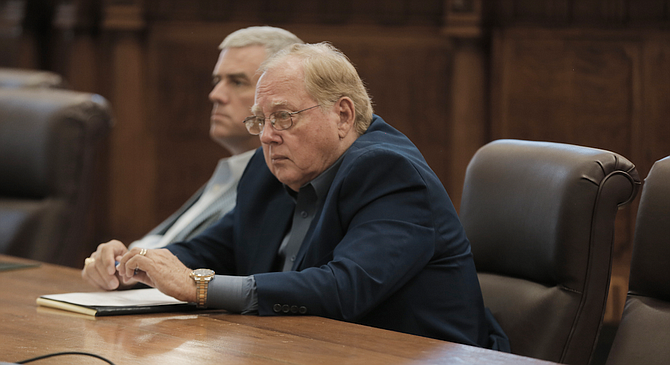 Republican Rep. John Read of Gautier was reappointed Wednesday as chairman of the House Appropriations Committee. He said no teachers have lost money because of the original error. Photo by Imani Khayyam

JACKSON, Miss. (AP) — Mississippi lawmakers are working on funding the final portion of a pay raise that teachers started receiving this school year.

The $1,500 raise was approved during the 2019 legislative session, but officials later discovered a bureaucratic error.

Because of the way some school districts keep records about certain categories of teachers, too few teachers were counted in the total cost of the raise. The result was that too little money was included in the original budget for the year that started July 1.

The House Appropriations Committee voted Wednesday to spend more than $18.4 million. That should be enough to cover the rest of the cost of the raise during the current state budget year, which ends June 30.

Republican Rep. John Read of Gautier was reappointed Wednesday as chairman of the House Appropriations Committee. He said no teachers have lost money because of the original error.

The full House will consider the proposal another day, then the plan will move to the Senate.

The state has been collecting more money than anticipated during the current budget year.

The effort to pay the full cost of the teacher pay raise is the first issue legislators are considering during the session and the four-year term that started Tuesday.

Legislators could also consider another pay raise for teachers this year, but House and Senate leaders have not revealed specific proposals. Mississippi has long had among the lowest teacher salaries in the U.S.