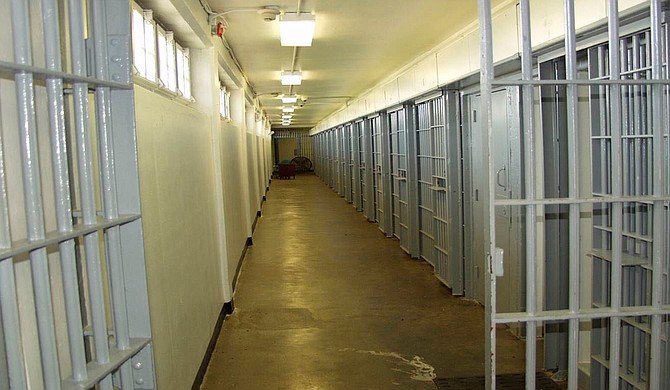 JACKSON, Miss. (AP) — Another Mississippi inmate has died at the hands of a fellow inmate, bringing the death toll to four amid disturbances over the past week in the state prison system. The violence comes even as a federal judge has rejected claims that conditions in one Mississippi prison are unconstitutionally harsh.

Sunflower County Corner Heather Burton told The Associated Press that a 32-year-old male prisoner died before noon Thursday at the Mississippi State Penitentiary at Parchman. Burton said the inmate, whom she declined to identify pending notification of relatives, had multiple stab wounds.

Sunflower County Sheriff James Haywood said other inmates were injured. Deputies from multiple counties and state agencies responded to the disturbances as the sprawling and isolated Parchman prison, Haywood said. Inmates in a different unit than the one where the stabbing took place set their cell block on fire, the sheriff said, speaking by cell phone from the prison. Haywood said the fire was put out and the inmates were back under control.

“Everybody is up here and everything is calm and cool right now,” he said.

Prisons across the state were put under lockdown after what the Mississippi Department of Corrections called a "major disturbance" Sunday at the South Mississippi Correctional Institution in Greene County. Inmate Terrandance Dobbins was killed and two others were hurt. An autopsy is being performed to determine the 40-year-old's cause of death, corrections officials said.

On Tuesday at Parchman, 25-year-old inmate Walter Gates died and several others were injured during a fight among prisoners. The fight broke out around 9 p.m. in one unit and spread to others around the prison, Burton told news outlets. Burton said Gates suffered multiple stab wounds. He was in prison after being convicted of burglary in Coahoma County in 2015.

Then one inmate was killed and two were injured in a fight early Thursday at Chickasaw County Regional Correctional Facility, a county-run facility that holds state inmates.

“We had it under control in three minutes,” Chickasaw County Sheriff Jim Meyers told The Associated Press.

He said investigators were questioning inmates to find out what caused the fight.

Meyers identified the dead man as 26-year-old Gregory Emary, of Hernando. Emary was serving a 16-year sentence for burglary.

One inmate underwent surgery at a Tupelo hospital and was in intensive care, Meyers said. The third inmate was taken to a hospital in Calhoun City and treated for cuts to the head. The sheriff's department did not name the injured inmates.

The lockdown means that inmates can't go outside, make phone calls or receive visitors. The Corrections Department announced Thursday that the ban on visitors will extend through at least this weekend.

“All available resources are being used to address disturbances occurring around the state,” the statement said. “The MDOC is being responsive in investigating the violence.”

The violence came even as U.S. District Judge William Barbour ruled Tuesday that while conditions may have previously been poor at East Mississippi Correctional Facility near Meridian, there's no longer any evidence that the privately run prison is violating inmates' rights.

A lawsuit suit filed in 2013 alleged that inmates were being systematically denied health care and mental health care, were in danger of violence from guards and other prisoners, and were forced into long stretches in solitary confinement, where cells were often dark and where inmates often set fires.

“While plaintiffs and their expert witnesses argue that environment and healthcare services at the prison could and should be better, those arguments do not establish that the conditions under which they are currently housed, as a class, are cruel and unusual,” Barbour wrote in his ruling.

The judge wrote that he believed that conditions had improved after former Corrections Commissioner Christopher Epps resigned in November 2014. Epps was later convicted of taking more than $1.4 million in bribes. One of the people who pleaded guilty to bribing Epps was Dr. Carl Reddix, whose company previously had a contract to provide medical and mental health care at East Mississippi. Barbour said that the bribes “likely affected the quality of care that was being provided to prisoners as well as other conditions at the facility.”

The lawsuit was brought on behalf of inmates by the American Civil Liberties Union and the Southern Poverty Law Center. Neither of those groups nor the state immediately commented Thursday on the ruling. Grace Fisher, a spokeswoman for the Mississippi Department of Corrections, didn't comment directly on the ruling but wrote in an email that “linking the ruling to what is going on now is plainly unfair.”

Expert witnesses testified that care at the prison, which holds male inmates who mostly have been diagnosed with mental illness, was substandard. But Barbour ruled that those experts' opinions didn't reach the “very high bar” needed to prove that state officials were deliberately indifferent to inmates' needs. He wrote that the state had improved health care, mental health care, staffing and the physical conditions at the prison during the course of the lawsuit, finding that “the manner in which the prison was being operated did not remain stagnant.”

Mississippi Corrections Commissioner Pelicia Hall announced Tuesday that she will resign in mid-January to take a job in the private sector, signaling that incoming Gov. Tate Reeves won't retain her after he takes office on Jan. 14. Hall is one of several state agency directors departing.