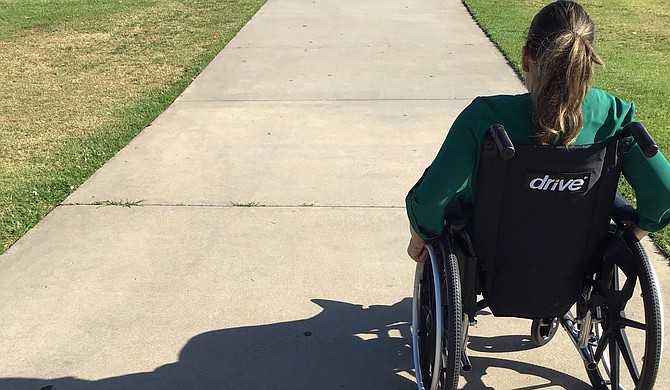 Hinds County can be a very unfriendly place for people living with disabilities. Columnist Scott Crawford is fighting to change it. Photo by Nayeli Dalton on Unsplash 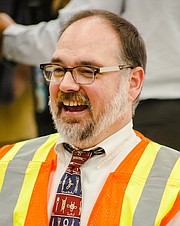 I have multiple sclerosis and rely on an electronic wheelchair to get around. In 2012, I was called for jury duty at the Hinds County Courthouse. I was surprised to find many barriers to access that should have been corrected following the enactment of the Americans with Disabilities Act in 1990.

For example, the very jury box where I would be serving was located up a step, making it inaccessible. The public bathrooms had no wheelchair access to the stalls. The whole building was inaccessible to me. In response, ADA advocates met with Hinds County staff, surveyed the building and wrote up a brief report on ways to bring it into compliance. I spoke to the Hinds County Board of Supervisors in January 2013, and worked with county staff for several years trying to advocate for change.

We asked for two courtrooms to be brought into compliance with ADA as soon as possible, and the other six within the next 20 years. We also asked for one public restroom to be compliant on each floor of the courthouse.

In January 2017, I returned to the courthouse to see if there were any improvements. The bathrooms and courtrooms remained inaccessible. In February 2017, I was forced to file suit against Hinds County in Federal Court.

That is not what happened.

At trial, Hinds County's defense team brought up issues of standing, statute of limitations, basically anything that might "stick," even if the judge had already ruled on it.

After the trial, the judge ruled that we proved "that jury service is not accessible to disabled individuals at the Hinds County Courthouse. Plaintiff has demonstrated that there are no readily accessible restrooms for wheelchair users and that various architectural barriers in most, if not all, of the eight courtrooms impede ready access by wheelchair users to program areas."

To translate: The judge thought that I wasn't going back to the courthouse, so I couldn't force them to comply with the Americans with Disabilities Act.

If a citizen of Hinds County who uses a wheelchair doesn't have legal standing, who would? I've been to the Hinds County Courthouse four times since 2012 just for jury duty alone, much less visits to meet with Hinds County election commissioners, vote absentee, see my sister sworn in as deputy coroner, and other reasons.

Since the trial date of February 2019, I've been there four times.

But, this fight was never about one person in a wheelchair. Recent Centers for Disease Control data indicate that 17.5% of Mississippians have "serious difficulty walking or climbing stairs." If the ADA doesn't apply to you now, just wait. Very few of us remain fully functional our entire lives. We should all think of ourselves as "the temporarily able-bodied."

Hinds County claimed over the years that it "doesn't have the money" to make the necessary renovations. That argument might have had merit in 1992, when ADA was still new, but we have had almost 30 years to find the money to make our public buildings, sidewalks, programs and facilities accessible.

Most people pay their entire mortgages in 30 years.

Instead of complying with ADA and living our motto of being "The Hospitality State," Hinds County fights tooth and nail every step of the way and, by doing so, reinforces the stereotype of Mississippi as openly defiant of human-rights law. Shame on us.

Scott M. Crawford, Ph.D. is a retired clinical psychologist living with multiple sclerosis. His attorneys have filed a motion with the court to reconsider its decision. If it does not, they will appeal to the 5th U.S. Circuit Court of Appeals.