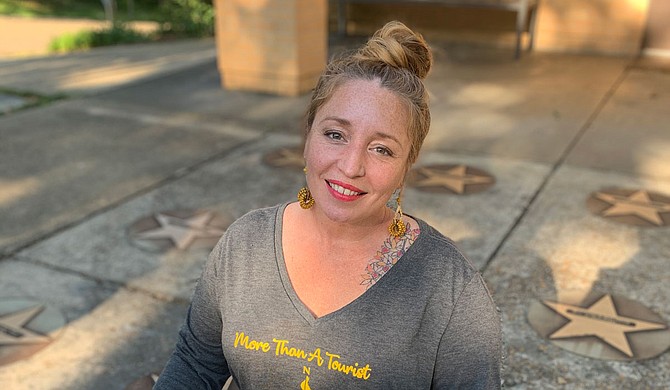 Mississippi native and travel enthusiast Jane Halbert Jones founded More Than a Tourist, LLC in 2011. The business focuses on advising individuals in their worldwide traveling goals and on state and local tours to showcase what Mississippi also has to offer residents and visitors alike. Courtesy Jane Halbert Jones

Jane Halbert Jones’ love for travel began at a young age. Spending two semesters abroad while a student at Mississippi College allowed her to spend a significant amount of time in England, France and Greece, resulting in a serious case of the travel bug. After graduation, she spent a year in France as an English teacher, returning again a few years later to study for a graduate degree, this time staying three years.

Given her extensive knowledge of France, as well as other parts of Europe that she had explored during her time living abroad, it is perhaps not surprising that friends planning European vacations soon asked for her advice.

Finding that she enjoyed, and was good at, helping people design their adventures, the first seeds were sown toward what would grow to be Jones’ career as a travel advisor. That career has now grown into the company she founded in 2011, More Than a Tourist, LLC.

More Than a Tourist is a travel company with two foci: worldwide travel, and state and local tours. Jones had put plans in place at the beginning of this year to spend six weeks based in the south of France, working remotely and serving as a contact and guide for clients who were traveling during that time period.

The pandemic, however, forced her to push those plans into next year, and concentrate exclusively on the local-tours side of her business.

The change in focus doesn’t seem to have slowed her down, though, as she currently has 10 to 12 local walking tours showcasing different areas of the city and aspects of Jackson’s culture. Popular tours include her walking tour of downtown Jackson, which highlights important sites in the city’s past and present, and her foodie tours of Fondren and Belhaven, each offering samples of dishes from some of that area’s beloved restaurants.

Inquiries from people visiting Jackson from outside the state or country who were interested in exploring the city led Jones to develop the local side of More Than a Tourist about four years ago.

“People would ask what to do … People would ask about food tours, you know? ‘Do you have any tours? Can I see the city?’ And we didn’t.” she says. “I love going on a tour when I’m in a big city and traveling. And so, that gave me the idea of creating tours for Jackson.”

Jones sees her tours as a starting point for people wanting to get to know more about Jackson, whether they’re visitors or locals. “I’m just showcasing what Jackson has to offer within a timed tour, so people can … go back to that place. They can go back to Eudora Welty. They can go back to the State Capitol and take a tour with one of the docents that’s free or do their own walking tour.”

To Jones, the desire to share what makes her home city and state special is not a recent development. “I really love Mississippi. Even when I lived in France … I always felt like I was an ambassador for our state because we get a bad rap, and it’s not like that. I was always very proud of where I came from,” she says.

For information about More Than a Tourist’s local tours, or for help planning vacation travel, visit morethanatourist.net, or find the business on Facebook or Instagram.