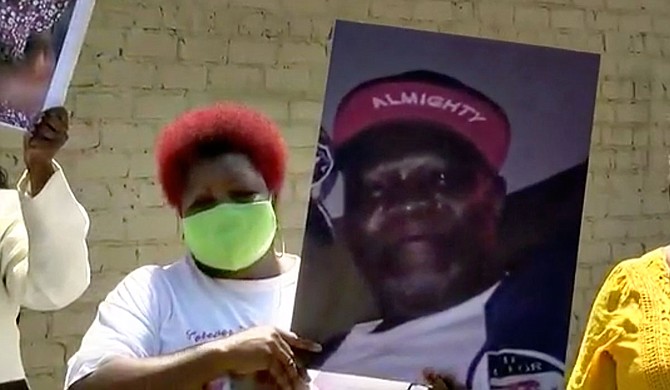 An Aug. 5 indictment alleged the three officers removed George Robinson, 62, from his vehicle, body-slammed him on the pavement and repeatedly struck him in the head and chest during a January 2019 encounter in Jackson.

Robinson died two days later from bleeding on the brain caused by blunt force trauma to the head, according to Hinds County Coroner Sharon Grisham-Stewart.

The indictment accused the three of "willfully, unlawfully and feloniously” causing Robinson's death. A neighbor previously told news outlets that the officers beat Robinson while seeking suspects in the fatal shooting of a pastor who had been shot in a robbery in front of his church.

Francis Springer, an attorney representing the officers, has said that “evidence will show that the officers are not guilty.” Clinton's mayor, Phil Fisher, expressed support for the officers while standing outside the courthouse Tuesday.

An attorney representing the Robinson family in a separate civil suit, however, said Wednesday he has compiled evidence that could point to a guilty verdict, The Clarion Ledger reported.

“For us, the charges prove that George’s life mattered and no one deserves to die the way he did,” the family previously said in a statement.