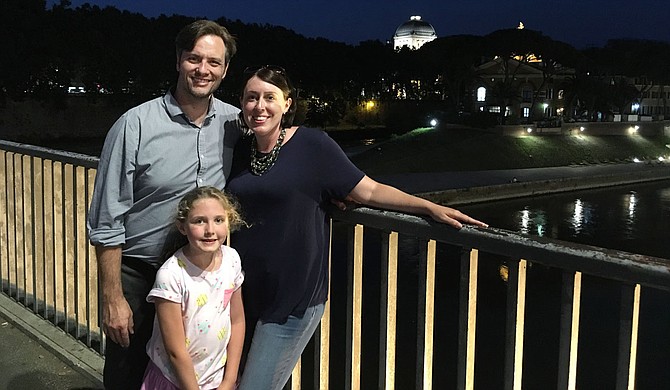 As wind prepared to whip torrential rains across the pavement outside, Frederick "Rick" Melcancon sat in a Baton Rouge bookstore signing copies of his work, "Book of Lost Innocence." The year was 2005. And Katrina had come calling. Upon word of a possible interstate closure, the New Orleans native rushed from the signing to retrieve his belongings.

"There I was stuck with a box of books and no (extra) clothes," Melancon recalls.

He eventually connected with family in Slidell after traveling Louisiana backroads as the storm neared. Seeking refuge, Melancon made his way to the Jackson area, where he presently lives and serves as an instructor in Hinds Community College's English Department, teaching English reading and composition as well as creative writing.

Melcanon's own personal education journey began with an undergraduate stint at the University of New Orleans, where he received a bachelor's degree in English in 2004. During this time, he lived with his grandfather following his grandmother's passing.

The recent graduate next enrolled in Southeastern Louisiana University in Hammond, La., where he earned his Master of Arts in Teaching in 2007. Later returning to Mississippi, Melancon received a master's degree in English with an emphasis in creative writing from the University of Southern Mississippi in 2015.

He served as a visiting instructor with Mississippi College before beginning his tenure with Hands in the fall of 2016. Since then, Melancon, 40, has honed his skills as an educator, adopting a hands-on approach to helping students, many of whom come from different ends of the economic spectrum, he says.

"I give the best (instruction) I can no matter the difference," he says. "I'm meeting many kids who don't feel confident in their English skills. I like to walk them through step-by-step what they can improve upon by holding the rubric alongside their paper rough draft. 'Why did you start your paper that way?' I'll ask them."

The instructor also takes the time to read his students' drafts aloud so that they can hear how their words sound and work to make improvements.

"They must understand the power of their words and how that sounds," he adds. "Most writers are in reality in a better place than they think they are. I connect with students that way."

Melancon has been married to Dr. Kristi Richard-Melancon, since 2008, and the two have an 8-year-old daughter, Nora.