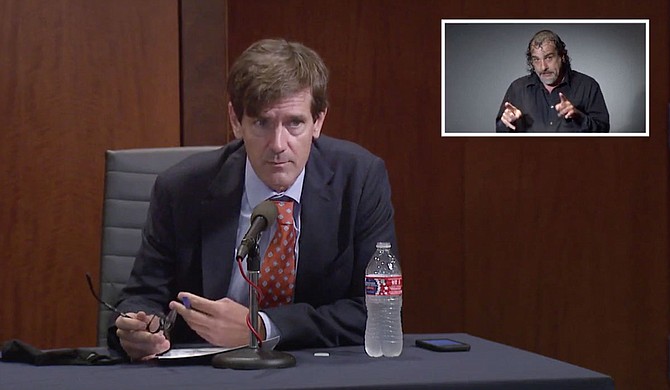 More than 2,000 students and around 600 teachers at the start of this week are in quarantine after being exposed to the virus, Mississippi's state health officer Dr. Thomas Dobbs said. Photo courtesy State of Mississippi

JACKSON, Miss. (AP) — The state of Mississippi is expanding access to free coronavirus testing for teachers and school-based emergency telehealth coverage after more than 70 of the state's 82 counties have reported outbreaks during their first few weeks back in the classroom.

The Mississippi State Department of Health has reported 245 cases of coronavirus in teachers and 199 in students since some districts began returning to school in late July. More than 2,000 students and around 600 teachers at the start of this week are in quarantine after being exposed to the virus, Mississippi's state health officer Dr. Thomas Dobbs said.

To curb the spread of the virus, Dobbs announced Monday that K-12 teachers in the state will now have access to free testing, whether or not they have symptoms or know they've been exposed. They will be able to be tested at the state's two community testing sites, as well as 16 new regional mobile testing sites to be set up early next week.

Additionally, the Mississippi Division of Medicaid said that it has expanded its coverage to allow schools without nurses or school-based clinics to access telehealth services. That change began Aug. 1 and will continue through the end of the pandemic, officials said.

Republican Gov. Tate Reeves said the two measures will ensure that Mississippi's schools “will remain safe,” adding that he hopes expanding testing for teachers, in particular, will give educators confidence and “peace of mind" about returning to school.

Dobbs said he is feeling hopeful about the state's coronavirus numbers. However, with students returning to K-12 schools and colleges, he is concerned about more outbreaks if safety protocols are not followed.

“We have some real opportunities, we also have some threats,” he said,

The Health Department said Monday that Mississippi, with a population of about 3 million, has had at least 72,412 reported cases and at least 2,095 deaths from COVID-19 as of Sunday evening. That’s an increase of 276 confirmed cases and 11 deaths from numbers reported the day before, with two deaths occurring between July 26 and July 27 and identified later from death certificates.

The true number of virus infections is thought to be far higher because many people have not been tested and studies suggest people can be infected without feeling sick. The virus causes mild or moderate symptoms for most but can be more severe or fatal for some, especially older adults and those with existing health problems.