SPEAKing Inspiration into the Metro and Beyond | Jackson Free Press | Jackson, MS

SPEAKing Inspiration into the Metro and Beyond 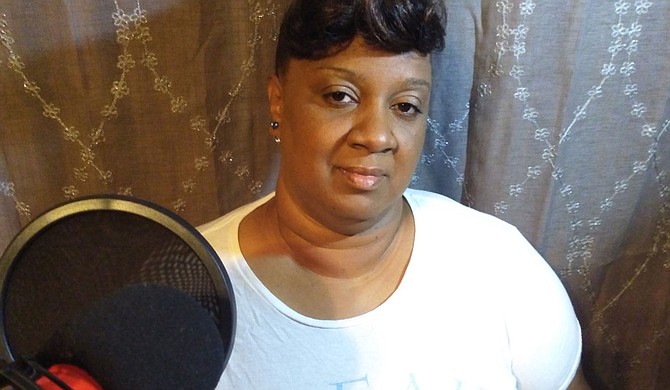 Latanya Shanks started a podcast for one simple reason.

"I knew I had something to say and I wanted to say it," she said.

The 47-year-old minister had often found herself in conversations with people needing encouragement and advice. The discussions seemed to center around the same issues, prompting Shanks to make a one-time inspirational recording. She sent the message out to friends, who passed it on to others. The response was so overwhelmingly positive that she decided to continue. "SPEAK" provided her the platform to spread her message to a larger audience.

"I felt like it was an outlet where I could reach people everywhere that were going through and needed to be inspired," Shanks said. "I feel like even though we are all going through certain things in our lives that we are all destined for greatness. I want the podcast to be that push for people to be who they were destined to be."

When Shanks initially began the show in September of 2019, she intended to focus on helping married couples work together to strengthen and preserve their relationships. However, she soon realized that she had the opportunity to have an impact on more than marriages.

She expanded her scope to include a focus on individuals as well. The episodes—which Shanks records at home—vary in length, subject and frequency, but each features an inspirational message from Shanks aiming to equip listeners with the tools to make positive life changes.

One episode titled "Who are You" deals with helping people see themselves beyond the labels of their daily family or professional roles to find their deeper passions and purposes. Another called "Laugh" encourages listeners to focus on their faith and not the problems they may be facing.

"Whatever God puts on my heart for that day or when I get on, that is what I'm (sharing)," she said.

The podcast is not the first step in Shank's journey of inspiring others. Before beginning "SPEAK," she published several books including a series on marriage called "By God's Design" and a self-actualization work titled "My Enemy (Me), My Inner Me." She is also the owner and operator of "Without Ceasing" prayer essentials where she creates and sells prayer tables, pillows, and shawls. She has worked in special education, owned a daycare facility and served as a foster mother.

Shanks, who has been ministering for 25 years, says that her passion for helping others came from the lessons she learned at a young age. Shanks and her three siblings grew up in the Presidential Hills neighborhood of Jackson. As early as she can remember, her grandmother taught her that it was her responsibility to give to others. It is that mantra that drives her ministry.

Shanks and her husband, Nelson, are currently working to create a youth resource center called Innovative Solutions Creations Enrichment Center, which is slated to open later this year and will assist youth and young adults ages 13 to 24 in earning a diploma, obtaining experience in potential careers and locating jobs.

Shank says that if her work gives at least one person a reason to keep going it is worth it to her.

Find "SPEAK" on Spotify, Google  Podcasts and other podcasting platforms.