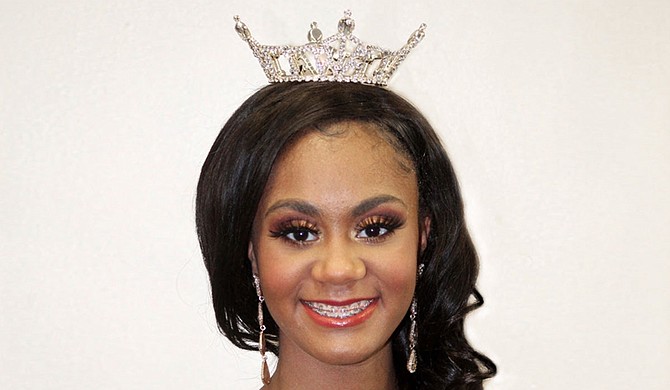 Thanks to COVID-19, the image of a picture-perfect year as Miss Jackson just didn't click for 16-year-old D'Ambrah Watts. "I got the title in October, (which was) way before Corona happened," Watts said of her win in the Miss Mississippi Outstanding Teen pageant circuit.

The statewide pageant was slated for April, during the statewide stay-at-home order in the early weeks of the pandemic.

"Everyone is keeping their title for another year, so the pageant will be when it would have been last year: mid-to-late April," the Jackson Prep rising junior explained. Despite the derailment of her 2020 pageant plans, Watts has found ways to stay active with her pageant platform, Understand Beforehand.

"Understand Beforehand teaches awareness to students about how terrible tobacco can be and the damage it can do to your body," Watts said.

No stranger to tobacco prevention, Watts is currently an ambassador for Enrichment Mississippi and has previously worked with Generation Free's "Rat Pack" team to educate young people across Mississippi about the dangers of tobacco and e-cigarettes.

She cited her time in Rat Pack as the most meaningful experience of her anti-tobacco work thus far. "I loved showing (students) the videos of Terrence the Rat and watching their faces light up when they saw something good and recognized something bad."

Watts says she believes that this work is important because it reaches students before they arrive at an age when peer pressure often becomes a factor in tobacco-related decision-making.

To do the work, Watts has travelled to various local high schools to host summits—in conjunction with area health departments—about the dangers of tobacco use.

"I wish they knew it's more than just being against something 'cool.' It's not cool to inhale what they inhale. I want them to be more educated about what they put in their bodies," Watts stated.

Watts herself has understood the significance of making healthy choices from an early age, recalling that her older sister, Derykah, was also involved in Rat Pack.

Colleges have begun to recruit Watts for track, dance and academics. In the future, she plans to study biology and wildlife, which is what Derykah currently studies at Mississippi State University.

Whatever direction her life takes, Watts noted that she wants her anti-tobacco work to be a hallmark of her youth.

"I'll know that I can look back on my teenage years and really think that I accomplished something if the rates (of tobacco use in Mississippi) have lowered."