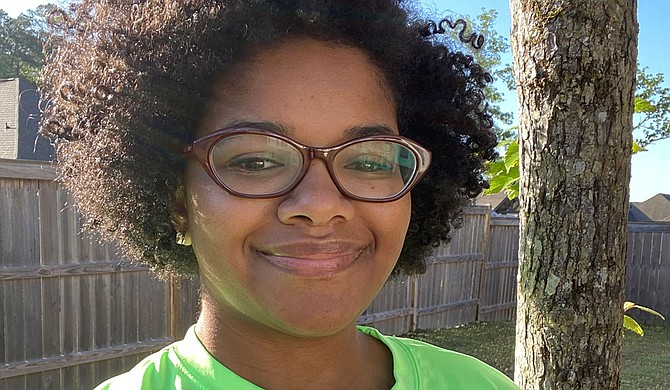 During her high school days, Vanessa Dover competed in cross country and track. Today, the mother of two aims to promote physical health in children through the local chapter of the Healthy Kids Running Series she brought to the Jackson area last fall.

Dover grew up in French Camp, Miss., and later attended the University of Mississippi, where she met her husband. The couple spent several years living in Starkville before moving to Colorado for six years, but the Dovers returned to Mississippi in 2019 when they moved to the Jackson metro to be closer to friends and family.  Their new home, however, felt unfamiliar.

"When we moved back we didn't really know anybody (here) and weren't really familiar with the community," Dover says.

The 35-year-old proxy compliance analyst at the University of Mississippi Medical Center sought to find something that would help her connect with her community. In Colorado, the Dovers found friends through the Healthy Kids Running Series, a running program for children ages 2 to 14. Held in fall and spring each year, the five-week series offers children a fun way to be active outdoors.

"I really liked what it stood for as far as having a way for kids to be active, have that competitive element and also have that sense of community," Dover says.

Dover hoped to find a nearby group for her daughter Dani, 7, and son Tyler, 2, to join; however, the closest iteration of the program was in Tupelo. So, she decided to start a chapter for Brandon and Flowood. The group held its first race in September at the Flowood Nature Park. The response was overwhelmingly positive.

"People are super excited that it's geared toward kids of a large age range and allows them to run in different races (based on their age)," Dover says. "It gives the entire family something to do."

The spring series had been in the works when COVID-19 struck. In support of social distancing, the series will now be hosted virtually. Until May 23, participants can run or walk their appropriate race distance in any location they choose with parents recording their times. Parents then upload the times for each race to the results sheet online. As they would under normal circumstances, all participants receive T-shirts and medals.

"We (as a state) have a lot of health issues, so part of the reason I want to do this is to create a healthier Mississippi," she says. "I'm also really excited to see people signing their kids up young (allowing the children to) maybe get interested in track and field."

Registration for the series is open now at healthykidsrunningseries.org. Parents should sign up for the Brandon Flowood race.