OPINION: Face It, White America: Mississippi Is Not Exceptional on Racism 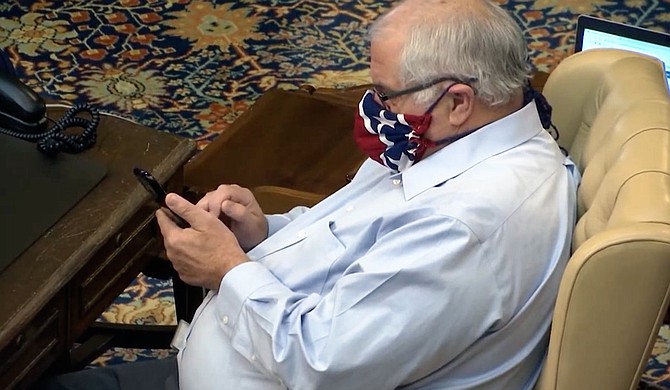 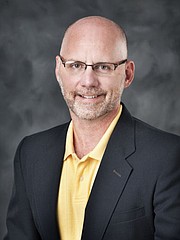 The past week of our ongoing national nightmare saw an increase in the number of heavily orchestrated, "spontaneous" protests against efforts to flatten the COVID-19 curve, such as the "Reopen Mississippi" protest at the Governor's Mansion in Jackson. The rallying cry is a variation on the White House's "Opening Up America Again" theme.

These U.S. protests are not so much demonstrations against perceived government overreach as of white nationalism. It is no wonder, then, that the Confederate flag has been flying high, often right alongside Old Glory. Protesters view this juxtaposition unironically, unlike the "ironic" display of swastikas at one Michigan rally.

Michigan Republican lawmaker Dale Zorn even wore a homemade Confederate flag mask on the floor of the Michigan Senate. The outcry over Zorn's stunt included a common refrain whenever the flag shows up outside the South. "THIS IS MICHIGAN, NOT MISSISSIPPI!" one Michigander tweeted, chastising Zorn.

Fair enough. After all, such a mask on the Mississippi Senate floor would be redundant, since the Confederate flag is part of the offensive and embarrassing state flag displayed in the chamber. Just last month, Gov. Tate Reeves proclaimed April "Confederate Heritage Month." April 27 was this year's Confederate Memorial Day.

Tellingly, the secretary of state's office referred to the holiday on Twitter as "a state holiday." Celebrating it on the down-low suggests that Confederate Memorial Day is the official state holiday that dares not speak its name. Whatever the case, official commemoration of a cause undertaken to preserve and protect slavery is especially heinous as the spread of COVID-19 lays bare the legacies of structural racism derived from America's peculiar institution.

Yet, the "Michigan, not Mississippi" argument is fundamentally flawed. The flag has long been unmoored from the Confederacy. Now it floats freely as a symbol of white nationalism for anyone who wants to wave it. The Confederate flag might be on the Mississippi state flag, but it is no longer solely of Mississippi or the South. Nevertheless, delineating Mississippi as an exceptional site of racism and hatred the flag represents remains a common rhetorical gesture with an extensive cultural history.

"Everybody knows about Mississippi," Nina Simone sang in her 1964 civil-rights anthem, "Mississippi Goddam." Simone channeled collective grief and anger into a pitch-perfect indictment of white terrorism after two crimes against humanity in 1963: the slaying of Medgar Evers outside his Jackson home and the bombing of the 16th Street Baptist Church, killing four young girls in Birmingham, Ala.

Simone's take resonated with James W. Silver's characterization in "Mississippi: The Closed Society." The Ole Miss history professor was moved to write the book in 1962 after witnessing the riots after James Meredith ushered in integration. It was published in the midst of Freedom Summer in 1964 on the day following the disappearance of three civil-rights workers in Neshoba County, later found murdered.

That incident landed Mississippi a starring role in the American mind as a closed society existing within and yet somehow set apart from the rest of the country. Mississippi now figured "as the singular site of political authoritarianism and racial extremism in 1960s America," writes the historian Joseph Crespino in "Mississippi as Metaphor," his contribution to "The Myth of Southern Exceptionalism."

Nearly 25 years after Freedom Summer, Alan Parker's 1988 film "Mississippi Burning" was based on the murders in Neshoba County. One scene perfectly exemplifies the closed-society trope at work. When Gene Hackman's FBI agent character tells the local sheriff that the rest of America wants to know what happened to the disappeared civil-rights workers, the sheriff makes it clear that the concerns of the nation do not matter in the state.

"You in Mississippi now," he says.

"Mississippi Burning" has garnered criticism for reducing the complexities of the civil-rights struggle to a simple formula that perpetuates the guise of white racial innocence far from Mississippi. Willem Dafoe's Agent Ward is at a loss to identify the source. "Where does it come from, all this hatred?" he asks, affirming his status as the film's dedicated but impotent white savior.

The implicit answer is the hatred comes from Mississippi, and that's where it belongs. The same logic underwrites claims such as "This is Michigan, not Mississippi!" Mississippi has justly earned its infamy with acts of racial injustice that continue to this day. But Mississippi is not exceptional. That truth, too hard for too many white Americans to face, is aptly expressed in the imagined geography that Malcolm X opened up when asked about his plan to visit the closed society amid the violence of Freedom Summer. His answer spoke volumes then, as it should now: "Mississippi is anywhere south of the Canadian border."

Ted Atkinson, Ph.D., is an associate professor of English at Mississippi State University and the editor of Mississippi Quarterly: The Journal of Southern Cultures.