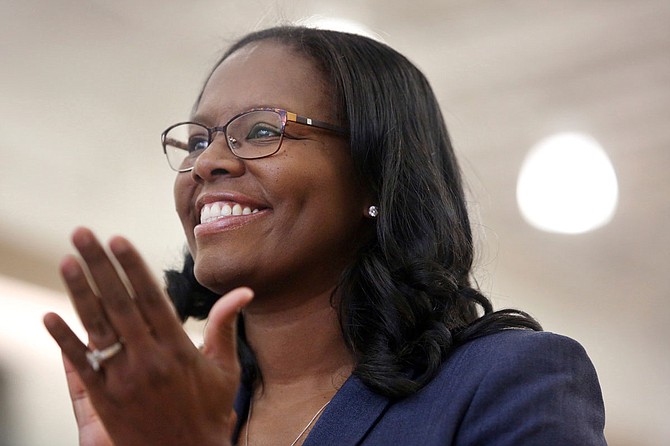 Athletic director John Cohen called McCray-Penson “a proven winner who will lead one of the best programs in the nation” on the department’s website.

McCray-Penson, a former Tennessee star and Women’s Basketball Hall of Famer, said it’s been a dream to coach in the Southeastern Conference and she’s “grateful and blessed for this incredible honor and opportunity.”

McCray-Penson was 53-40 the past three years at Old Dominion, her first head coaching job with the storied program following nine seasons as a South Carolina assistant under Dawn Staley. The Lady Monarchs posted consecutive 20-win seasons under McCray, including 24-6 overall and 14-4 in Conference USA last season, when she was conference coach of the year.

McCray’s challenge in Starkville is keeping the powerhouse program in Southeastern Conference and national championship contention after Schaefer led the Bulldogs to consecutive runner-up appearances in 2017 and ’18.

She owns an impressive pedigree as a college and pro player, coupled with her vast coaching resume and initial success at ODU. She helped Staley lead South Carolina to its first Women’s Final Four in 2015 and to the NCAA title in 2017.

A two-time SEC Player of the Year at Tennessee under Hall of Famer Pat Summitt from 1991-95, McCray helped the U.S. Women win gold medals at the 1996 and 2000 Summer Olympics. She became a three-time WNBA All-Star in eight seasons.

McCray also played two seasons in the ABL, winning the 1997 Most Valuable Player award while leading the Columbus Quest to the first of two championships.

McCray was inducted into Women’s Basketball Hall of Fame in 2012.

Schaefer left MSU on Sunday for Texas after going 221-62, with a 27-6 finish and the No. 9 ranking last season, which ended abruptly because of the coronavirus pandemic.