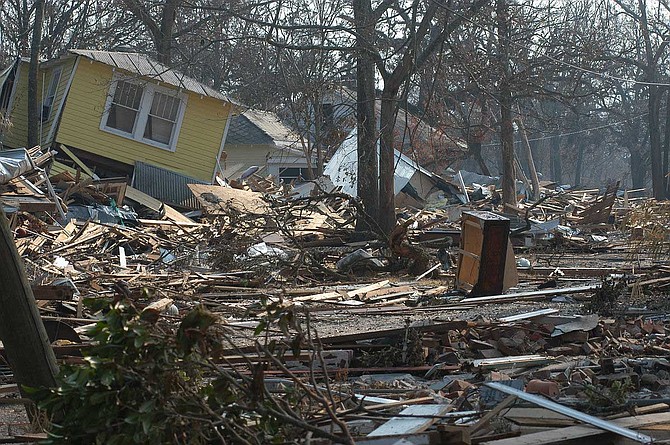 This summer was the hottest on record with the heat index in Mississippi reaching over 120 degrees. Flooding in the Mississippi River is worse than it has been in nearly a century. And hurricanes like the recent Dorian are becoming more dangerous and pose an ever-growing threat to Mississippi. The science is clear. Climate change is real. It is human-made and poses an existential threat to our planet.

What are we to do about this threat? We live in a state that is doing nothing to address climate change and a nation that is actively making the problem worse. In this political state, what are the people of a small southern capital like Jackson to do? In the absence of state and national commitment, cities around America are leading the fight against climate change and making real progress. We as Jacksonians can mobilize as a community and follow their example.

To start, Jackson should make a public commitment to fighting climate change. We can develop a city climate plan articulating our dedication to climate justice. In this plan, we should stand with the dozens of American cities that have pledged to meet the demands of the Paris Climate Accord that Donald Trump so recklessly rejected. Jackson should adopt the Accord's numbers and pledge to reduce our city's greenhouse gas (GHG) emissions 26% from 2005 levels by 2025. An important part of doing this would be to consider the climate effects of every decision the city makes. From zoning to procurement, combating climate change must be among our highest priorities.

We can make sure we are using our land in a way that is good for our city and our environment. We allow corporations to use land in our city, so we can ensure they are doing their part for the planet by passing a benchmarking ordinance. Common in other cities, benchmarking ordinances require corporations to measure their environmental impact and disclose it to the public. New York City's ordinance would be an excellent model for Jackson because it targets large buildings and requires them to reduce their GHG emissions.

We can also amend our building code to make sure that the buildings on our land are environmentally healthy. A green building code could establish energy use and water efficiency standards for buildings and, eventually, require buildings to produce as much energy as they use. The city could also lead by example by working to make our public buildings meet these standards.

We can also help our city move toward public transportation. Mayor Chokwe A. Lumumba recently signed a new contract to restore JATRAN, and this will undoubtedly help more Jackson residents access public transportation. Still, we can go even further. As we rebuild JATRAN, we can transition to more environmentally friendly electric buses. We could also adjust the JATRAN rates to be more affordable for low-income people. Eventually, our city could follow the lead of California cities like Sacramento and Los Angeles and establish an electric car-sharing program.

We can join at least 100 other American cities in their commitment to transition entirely to renewable energy. We can renegotiate our city's energy contract with our electrical utility Entergy. Entergy is already working with New Orleans to transition to renewables. Jackson should follow this example and work with Entergy to reach 100% renewable energy as soon as possible.

Alternatively, we could establish our own public utility that would provide 100% renewables. This plan could give the people of Jackson control over our energy, create jobs, and help fight climate change. This would be a serious investment, but it would transform the city.

It is time for our community to mobilize around the threat of climate change. These suggestions are all ways that Jackson could come together as a city to address this problem and make strides towards environmental justice. Our city leaders should come together to lead Jackson and the planet to a sustainable future.

Jay Kucia is a third-year law student at the University of Mississippi. After graduating in May 2020, Jay plans to work in Jackson, his hometown, as a civil rights attorney.

CORRECTION: A previous version of this story stated that the temperature reached 120 degrees over the summer. The heat index was actually 120 degrees. We apologize for the error.