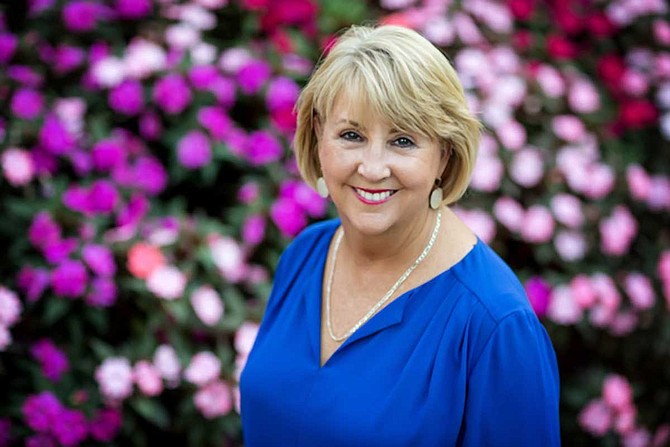 MCCOMB, Miss. (AP) — Monday was far from routine for the kids at the Pediatric Center of McComb, where the story time included a reading by Mississippi First Lady Deborah Bryant.

Bryant beamed as she crawled around on the floor with the children, tugging on their toes and telling them which little piggy did what, and getting hugs from a good many of them.

She handed out sunglasses as she read the children's book "Pete the Cat and the Magic Sunglasses."

Bryant was in town after accepting an invitation for a visit from center owner Jill Friloux of Baton Rouge, who opened the center for children with severe disabilities about three years ago.

"Once you get into this arena, you're sort of taken aback by how much of a need. ... It's just a huge need and I didn't realize the magnitude of how many kids need the help," Friloux said.

The center provides day care and therapy and tends to the medical needs of each child.

The center serves about 40 patients, with a current occupancy of 20. Some of the patients stay all day and others are there just in the mornings and afternoons. Friloux said there's a waiting list of about 20 more prospective patients.

Friloux said there's no turnover among the staff.

"Either you're here for this or you're not." she said.

All of the employees are highly skilled and attuned to the children's unique needs, Friloux said. She noted that one patient had a 105-degree fever on Monday morning, and the bus driver noticed something wasn't right when she came to pick up the child. They made a bee-line to the emergency froom, where one of the center's nurses met them.

Friloux said Personal Pediatric Care is outgrowing its 3,300 square-foot cinderblock storefront on Delaware Avenue and is getting ready to make a move to 303A Mall Drive, doubling its interior space and adding a 1,600-square foot playground.

"The need is so big because we pull from such a big area, not just McComb," Friloux said, noting that some of the patients coming as far as Monticello.

Bryant said there are there are similar facilities across the state, and they are a huge help for families of children with disabilities.

"That's the sad thing. They've struggled so much because they don't have anybody to help them, and just think, anywhere they go they've got their child and any other children that they have and they take to their doctor visits and everything," she said. "They never get a break."

Friloux said the center's buses alone are a big help for some of the families who may lack transportation or who can't take them to and from the center because of their work hours.

"We have transportation, the buses, so we go get them and we take them home, and that alone is how we got all of the kids is due to the bus route," she said.

Friloux said Medicaid and private insurance pay for the service.

"They probably pay for one visit one day and that would be about it," Friloux said.

"Are you serious?" Bryant said.

Bryant said the positive economic impacts the center has on the families it serves is amazing itself.

"If you had a private duty nurse come in, you'd save tons on that," she said.

Bryant said her friend has a daughter who "requires constant care," so she's seen firsthand the challenges families face.