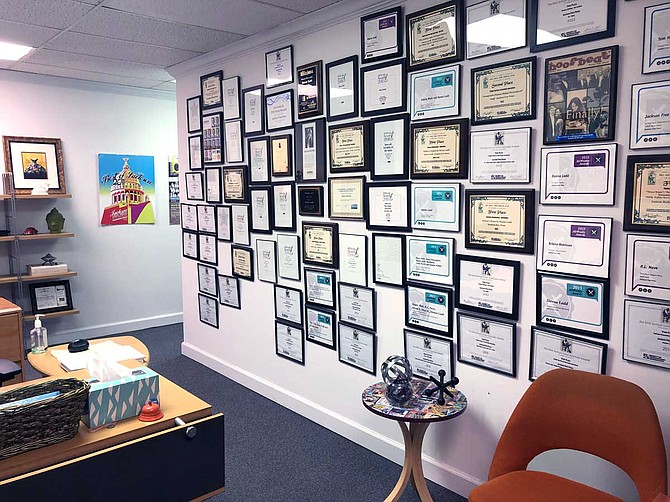 The first person who emails all the correct answers to [email protected] gets $50 in local gift cards.

Life and soon-to-be business partners Donna Ladd and Todd Stauffer decided after (major national event) to put down roots in Mississippi, scale back on national work and start the Jackson Free Press as a locally owned newspaper that covers the entire community.

The pair joined forces with  University of Southern Mississippi grad _ whom they met when he showed them his duplex rental in _ (neighborhood) and later got so excited about the project that he agreed to sell __ (what?), enabling the project to move ahead. Now he's a _ guru.

The JFP has been in four "offices" over the last 17 years. List them:

a. (hint: you could smell Mexican food)

b. (hint: across the street from a famous racist)

c. (we had to go outside to go to the bathroom)

d. (our views are better than your views)

Our first art director worked from home and would nap on the floor in the middle of the night waiting for Donna, then the sole editor, to send him copy to lay out. Who was he, and where does he still work full-time? __ 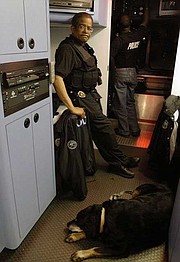 What was the nickname of our long-time mystery sports writer (before Bryan Flynn)? __

The Jackson Free Press' investigative work put this boisterous elected official and media darling (until we came along) __ (name) on trial how many times?

Donna Ladd went on two infamous tours with that official on the and hid behind a __ when he and his two __ drew their weapons on a young man. His dog's name was .

What domestic chore did former  police chief __ perform at a bizarre dinner at that  official's home the night of the first joy ride? _

What future DA was also present at the  dinner?

What former Klansman did JFP work help get convicted in Jackson? _

What political candidate was on the cover of the issue the early team was trying to get to the printer one morning after daylight when suddenly the power was cut off? __

Who was the artist who painted her? _

How many awards has the JFP won total in 17 years? _

Which is NOT a focus of JFP coverage?

Watch for the answers in the Oct. 2 issue.

Instructions: Match the secret to the staff member.

At the JFP's annual retreat (the next one is coming soon after a year off due to our editor's illness), we like to "start with why," the name of a book and TEDTalk by Simon Sinek. Here are past "why" statements from our co-founders and several that staff teams brainstormed. They all still hold true for us.

Donna: To leverage the power of storytelling, fact-finding and diversity to empower and inspire Mississippians to change their world.

Todd: To encourage the people in this authentic and diverse place to shun cookie-cutter culture while embracing the creative people who want to make a difference in art, culture or business.

Staff team 3: Creating a Sense of 'We're all in this together.'

Staff team 4: Putting a dent in the metro Jackson area and our world, and inspiring people to do the same.

Overheard in the JFP Newsroom

If you're a journalist, chances are, you've heard of "Overheard in the Newsroom." It's a fun social-media platform filled with relatable content for editors, reporters and everyone in between. Here are some of the stuff we've overheard in our office.

"The longer you're here, the bigger your headphones."

“There are no angels.” — Editor-in-chief Donna Ladd routinely reminding reporters that all sides in a story can be dishonest or corrupt and that not all stories have heroes.

New reporter when learning that elected officials might vote to illegally destroy documents: "Would they do that!?"

Web editor Dustin Cardon, laughing: "You haven't been here long, have you?" 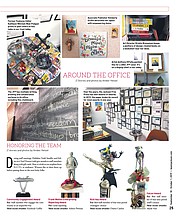