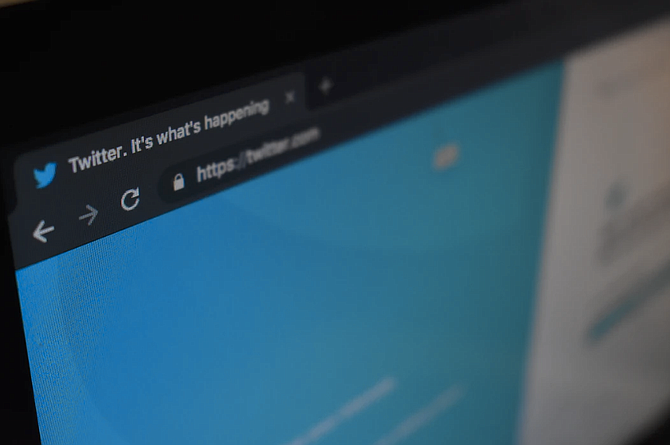 Twitter, reacting to growing concern about misinformation spread on social media, is banning all political advertising from its service. Its move sets it apart from Facebook, which continues to defend running paid political ads, even false ones, as a free speech priority. Photo by Kon Karampelas on Unsplash

SAN FRANCISCO (AP) — Twitter, reacting to growing concern about misinformation spread on social media, is banning all political advertising from its service. Its move sets it apart from Facebook, which continues to defend running paid political ads, even false ones, as a free speech priority.

"While internet advertising is incredibly powerful and very effective for commercial advertisers, that power brings significant risks to politics, where it can be used to influence votes to affect the lives of millions," Twitter CEO Jack Dorsey said Wednesday in a series of tweets announcing the new policy.

Facebook has taken fire since it disclosed earlier in October that it will not fact-check ads by politicians or their campaigns, which could allow them to lie freely. CEO Mark Zuckerberg told Congress last week that politicians have the right to free speech on Facebook.

In Facebook's earnings conference call — which began less than an hour after Dorsey's tweet — Zuckerberg issued an impassioned monologue about what he called Facebook's deep belief "that political speech is important" and stood by the company's decision to run unchecked political ads. He denied this choice is financially motivated, saying such ads make up less than half of a percent of the company's revenue.

To put that in perspective, he added, Facebook's recent $5 billion Federal Trade Commission fine was more than 10 times that.

"This is complex stuff. Anyone who says the answer is simple hasn't thought about the nuances and downstream challenges," he said. "I don't think anyone can say that we are not doing what we believe or we haven't thought hard about these issues."

"This is yet another attempt to silence conservatives, since Twitter knows President Trump has the most sophisticated online program ever," campaign manager Brad Parscale said.

The presidential campaign for former Vice President Joe Biden said it was "unfortunate" that companies would think the only option was to completely ban political ads.

"When faced with a choice between ad dollars and the integrity of our democracy, it is encouraging that, for once, revenue did not win out," Bill Russo, the deputy communications director for Biden's campaign said in a statement.

Political advertising makes up a small sliver of Twitter's overall revenue. The company does not break out specific figures each quarter, but said political ad spending for the 2018 midterm election was less than $3 million.

The issue suddenly arose in September when Twitter, along with Facebook and Google, refused to remove a misleading video ad from President Donald Trump's campaign that targeted Biden.

In response, Democratic Sen. Elizabeth Warren, another presidential hopeful, ran her own ad on Facebook taking aim at Zuckerberg. The ad falsely claimed that Zuckerberg endorsed President Donald Trump for re-election, acknowledging the deliberate falsehood as necessary to make a point.

Critics have called on Facebook to ban all political ads. These include CNN chief Jeff Zucker, who recently called the company's policy of allowing lies "absolutely ludicrous" and advised the social media giant to sit out the 2020 election until it can figure out something better.

Misleading political ads on social media burst into the spotlight during the 2016 presidential election, when Russian agents took out thousands of ads on Facebook in an attempt to sow political division and influence the election.

Dorsey said the company is recognizing that advertising on social media offers an unfair level of targeting compared to other mediums. It is not about free expression, he asserted.

"This is about paying for reach. And paying to increase the reach of political speech has significant ramifications that today's democratic infrastructure may not be prepared to handle," he tweeted. "It's worth stepping back in order to address."

Twitter currently only allows certified campaigns and organizations to run political ads for candidates and issues. The latter tend to advocate on broader issues such as climate change, abortion rights and immigration.

The company said it will make some exceptions, such as allowing ads that encourage voter turnout. It will describe those in a detailed policy it plans to release on Nov. 15.

It will also still allow politicians to freely tweet their thoughts and opinions, which can then be shared and spread. Trump's Twitter feed in particular is known for his often bombastic and controversial tweets that are shared widely.

Twitter said in June that political figures and world leaders who tweet abusive or threatening messages might get slapped with a warning label, but the tweets would remain on the site. Twitter has not yet used this warning label.

Federal campaigns are expected to spend the majority of advertising dollars on broadcast and cable channels during the 2020 election, according to advertising research firm Kantar, and about 20% of the total $6 billion in spending on digital ads.