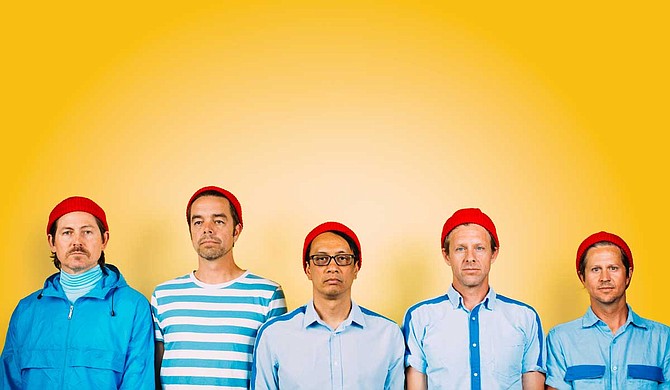 From his home in the North County section of San Diego, Switchfoot lead guitarist Drew Shirley describes the controversy that surrounded the band's move away from gospel-centric music, into the secular mainstream.

"We didn't adopt the 'Christian Rock' label, we just kind of allowed people to do their own labeling. Then, when we started mainstreaming a little, we were walking a tightrope. We were taking fire from both sides," Shirley said.

"Finally, we were like, "Can you guys just all stop and listen to the music?"

The band's name is a surfing term, a hobby of band members. Switchfoot's first bookings were in the North County megachurch that Foreman's father attends. Soon after, Switchfoot signed with Re:think Records. After Christian music giant Sparrow Records bought Re:think, the company marketed Switchfoot as a Christian Rock act, and it became a staple of the Christian music-festival circuit.

Switchfoot's first three records were on the Sparrow label, and its album "Learning To Breathe" earned a Grammy nomination for Best Rock Gospel album in 2001. Fomenting a doctrinal schism within the church of rock-and-roll did not figure into Switchfoot's immediate plans, however.

In 2002, two Switchfoot songs, "Learning to Breathe" and "Dare You To Move," were included in the romantic comedy, "A Walk To Remember." In the wake of the massive commercial success of the two songs, Switchfoot signed with Columbia Records/Sony, and recorded "The Beautiful Letdown," the band's first foray into non-gospel rock. The album went double-platinum, selling almost 3 million copies and positioning Switchfoot as a mainstream rock act.

But with breakout commercial success came blowback from Switchfoot's mainly Christian fan base who were slow to accept the band's shift away from its evangelical message; and from critics who remained skeptical of Switchfoot's status as a credible rock contender. In exasperation, Switchfoot frontman Jon Foreman, said in an interview with Rolling Stone magazine, "We are Christian by faith, not by genre."

Convinced that the controversy over the band's decision to distance itself from its original Christian mission was deflecting attention from its music, for several years Switchfoot eschewed playing Christian events or giving interviews to Christian publications. During this time, the band released several more albums that concretized its position as a credible rock band in its own right.

After 10 albums and nearly 20 years of near-constant touring, Switchfoot announced in 2017 that the band was taking an extended break.

"We had toured for 15 years straight, basically not taking more than a month or so at a time off, and then being back on the road," Shirley explains. "There are many things in life that are more valuable to us than driving ourselves into the ground."

While the band members surfed and spent time with their families, the lure of the studio proved too strong to resist. Jon Foreman continued to write and work on songs with his brother, Tim.

As a result, in 2018 Switchfoot released its most recent album, "Native Tongue." The album is an ambitious, uplifting compendium of 14 songs within which the band's ecumenical message of finding joy and hope in the midst of despair clearly resonates.