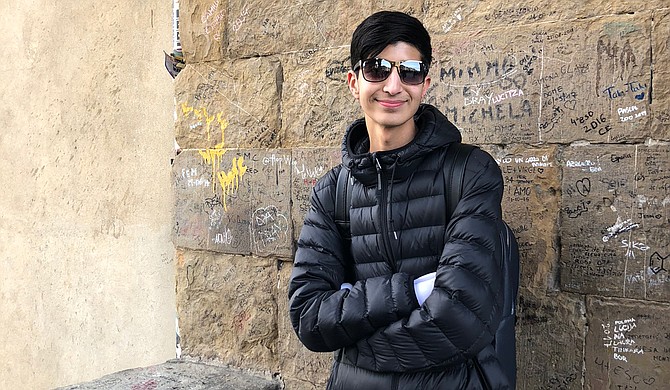 It was 4:15 p.m. on Friday, Sept. 20, when chants were heard throughout the grounds of Mississippi's State Capitol.

"Our first rally proved immensely successful. There were several who joined us after it started," Khan says.

Despite having only a week to plan the rally, Khan noted that the event drew in a diverse crowd and pool of speakers.

"It was a very diverse crowd, all ages, races and beliefs," Khan says. "... (Additionally), I felt it important that all races were represented among the speakers. We had black, white, and I'm Asian."

A number of people also approached asking how they could become more involved.

"There was a lot of excitement," Khan says. "There were two preteens there, Mia and Bella, who wanted to get involved, and (there were) retirees from Louisiana, who also asked to help."

The rally began with an opportunity for voter registration. The Mississippi Youth Climate Strike Movement distributed 50 shirts that had the organization's logo to attendees, and then it offered white T-shirts for participants to customize using fabric markers and fabric spray paint. Afterward, the speakers delivered their messages to the crowd, and the chants followed.

"We met to get the ball rolling. ... (The plan is to) push the idea across the country, which is actually like Mississippi, where change has been historically limited, (but) where progress can be accomplished as long as people are brave enough to fight," Khan says.

He emailed the national office and learned that Mississippi did not have representation. The organization offered him the position of State Leader and Khan accepted the role.

As an observer on the national level, Khan felt it was time to bring Mississippi into the effort.

"It is not our fault that (previous generations) have not protected the world, but we must have (climate) justice for all," Khan says.

One of his teachers who is an advocate for clean air and climate change attended the rally and has since been connecting Khan to other proponents of climate change in the area.

In school, Khan enjoys all subjects, although he is partial toward science and Latin. Looking forward, he will continue to lead the Mississippi Youth Climate Strike Movement. The next event the organization plans to arrange is a town hall meeting after the November elections.

"We have started the movement in Mississippi," Khan says. "People must get involved."