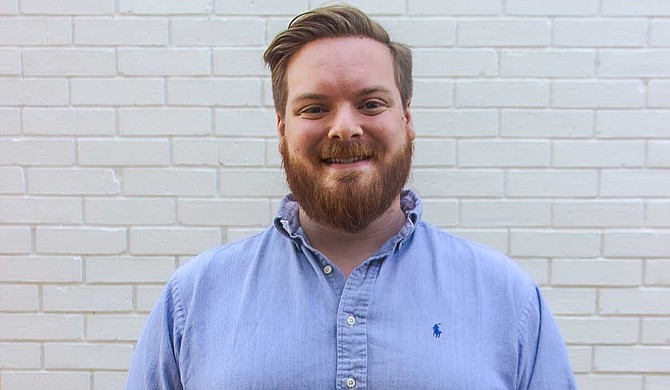 "Armory Sessions" started when Kody Gautier and a friend found a spot and shot an acoustic music set, at which point the idea struck Gautier as the perfect ongoing project.

Gautier, with the help of known Jacksonians like photographer Tommy Kirkpatrick, has used the aptly named series to spotlight local artists with minimalist video performances since 2018.

"For many years, I've enjoyed the sessions YouTube channels," Gautier says. "The majority of my interest is in music and musical things. I love seeing bands play alternative live performances that are stripped-down in cool settings, like NPR Tiny Desk and Mahogany Sessions."

The series has jumped location several times and is now being filmed at what was once Morris Ice Company, now owned by friend Jack Pickering. The name stuck despite the change.

"We didn't want to be married to that one location, because it was like we were sneaking in," he says. "But we basically wanted to brand it Armory Sessions. We've done them in a parking deck downtown and in the backyard of my friend's house as well."

The 27-year-old videographer graduated from Mississippi State University with a bachelor's degree in education and counseling. He started shooting wedding videos after teaming up with a friend's grassroots videography company to make cash on the side.

Gautier says he was intimidated the first time he picked up a camera for a wedding shoot despite having no prior experience.

"The quality has gotten a lot better over the years," he says and laughs. "We were winging it really hard."

A little more than a year ago, Gautier left a sales job for a visual position at Creative Distillery, a Fondren marketing agency, where he shoots video full time, although he still freelances for wedding and other projects.

"It's worth doing something you love instead of putting up with a boring job," he says.

Armory Sessions will continue as normal with audio professional Casey Combest assisting with the recordings. Gautier says he aspires to release an EP of some of the recordings in the future. Additionally, he says that he hopes to bring in some more widely known artists for video sessions.

"The thing I like most is being able to have a project that facilitates creating alternative versions of songs of these people who only have studio recordings," Gautier says.

"I love being the host of that."

For more information on "Armory Sessions," search for the series on YouTube or Facebook, or visit kodygautier.com.