Tonya Boyd-Cannon: In the Cradle of America’s Music 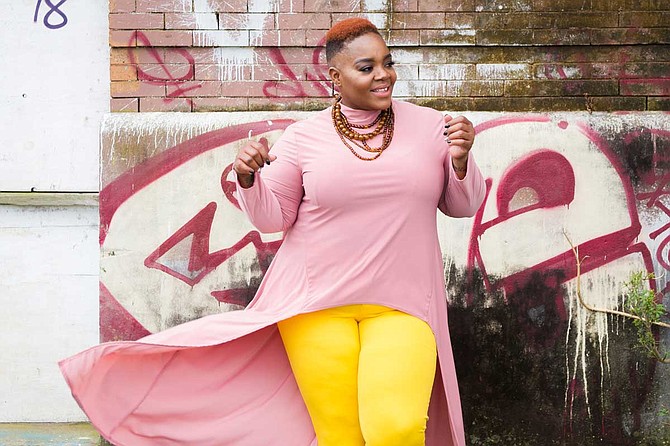 Tonya Boyd-Cannon performs at ISH Grill & Bar on May 4. Photo by Elsa Hahne

Soul singer Tonya Boyd-Cannon sits in a unique place for music with her roots in Mississippi and Louisiana.

"I was blessed to live in the cradle of America's music ... gospel, blues, jazz, creole and country birthing in me the soul of a minstrel," she says. "I cross all genres because Mississippi and Louisiana encompass so many aspects of the multi-ethnic and cultural spectrum depicting the human condition, which is the inspiration for my songwriting."

Boyd-Cannon was born in Jackson and grew up in Louisiana. She started her singing journey in the choir at Balls Temple AME Church in Greenville, Miss. More than 25 years ago, she moved to New Orleans.

In 2005, Boyd-Cannon evacuated back to Jackson when Hurricane Katrina hit, and while here, she began to hone her craft more. The familiarity of Jackson's music scene made it easier to continue singing, she says.

"I was able to return to a place where I felt comfortable enough to work as a singer and raise my children," she says.

She returned to New Orleans in 2018 and was eventually able to move back into her home in the previously devastated 9th Ward, where she presently resides with her husband, John Cannon IV, and children John Cannon V and Jonte Cannon.

Boyd-Cannon received a bachelor's degree in vocal performance from Tougaloo College in 2008 and master's degree in music education from Jackson State University in 2010.

In 2015 at age 35, Cannon got her break during a blind audition for "The Voice" in 2015. She was a top-20 finalist and went onto Los Angeles, where she was eliminated. Throughout "The Voice" competition, she sang cover songs of Pharrell Williams' "Happy," Coldplay's "Viva La Vida," Matthew Wilder's "Break My Stride," Whitney Houston's "I Have Nothing," Bonnie Raitt's "Something to Talk About" and Jill Scott's "Golden."

While growing up, she listened to gospel, jazz, blues, R&B, country and rock 'n' roll, and with a bit of Creole and Zydeco mixed in, which gives her more influences for her music, she says. That mix allows her to create her own sound, letting her draw inspiration from artists such as Aretha Franklin, Bobby McFerrin, Barry White, Stevie Wonder, Willie Nelson and Randy Travis, she says.

"Before every show I meditate on a Bobby McFerrin song, 'Invocation,' to help get in a place of humbleness which allows me to leave it all on stage," she says.

As a performer, Boyd-Cannon classifies herself as a "soul singer" because "I put my heart and soul into every song I write and sing. ... I leave my soul on the stage, and that's what connects me to my audience, they feel what I feel."

Since 2016, she has worked with the New Orleans Recreation Development Commission and the New Orleans Jazz & Heritage Foundation, conducting vocal workshops with children in the city.

"My mission is to be (intimately) involved in my community teaching vocal workshops, advocating for the arts in my own community," she says. Additionally, she worked as a teacher with Little Village Youth ensemble at Dillard University in 2014 and sang backup on R&B singer Jean Knight's 1999 album "Queen."

Recently, Boyd-Cannon headlined at the 2019 New Orleans Jazz & Heritage Festival and opened for Melissa Etheridge during a cruise.

For more information, find her on Facebook or visit tonyaboydcannon.com. See more stories at jacksonfreepress.com/music.