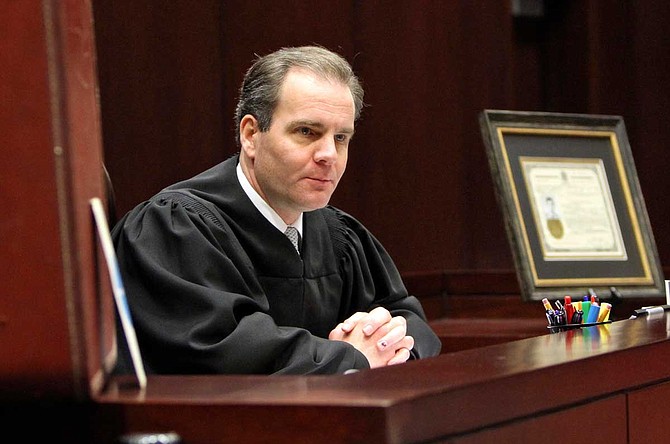 The White House on Tuesday announced the nomination of 52-year-old Halil "Sul" Ozerden to the 5th U.S. Circuit Court of Appeals. The New Orleans-based court handles cases from Louisiana, Mississippi and Texas. Photo by John Fitzhugh/The Sun Herald via AP

JACKSON, Miss. (AP) — President Donald Trump is nominating a federal district judge from southern Mississippi to serve on one of the nation's most conservative federal appeals courts.

The White House on Tuesday announced the nomination of 52-year-old Halil "Sul" Ozerden to the 5th U.S. Circuit Court of Appeals. The New Orleans-based court handles cases from Louisiana, Mississippi and Texas.

Judicial nominations must be confirmed by the Senate. With Ozerden, the 5th Circuit would be back to its full contingent of 17 judges.

Ozerden was confirmed as a district judge for the southern half of Mississippi in 2007 after being nominated by Republican President George W. Bush. Ninety-five senators voted for his confirmation, and none voted against it. He usually hears cases in Gulfport.

Ozerden was born in Hattiesburg, Mississippi. He earned a bachelor's degree in foreign service in 1989 from Georgetown University. From 1989 until 1995, he was a Navy pilot who flew missions in Iraq and Somalia.

He earned his law degree in 1998 from Stanford University, where he was associate editor of the Stanford Law Review. After law school, Ozerden worked as a law clerk for U.S. District Judge Eldon E. Fallon in eastern Louisiana, then became a partner and shareholder in a private law practice in Gulfport.

Mississippi's Republican U.S. senators, Roger Wicker and Cindy Hyde-Smith, said in a joint statement that they will work for Ozerden's confirmation.

"His judicial and academic achievements alone qualify him for this position," Wicker said. "But his good character, experience as a Navy fighter pilot, and record of volunteerism and community involvement also are exemplary. His service will benefit the court and the people of the United States for many years to come."

Hyde-Smith said Ozerden "has established a strong record on the bench."

"I think President Trump's nomination of him is consistent with his intent to place conservative jurists on the federal judiciary," she said.

Ozerden in recent years has handed down sentences in several drug cases and human smuggling cases after authorities brought charges against people stopped on Interstate 10, a major east-west route along the Gulf Coast.