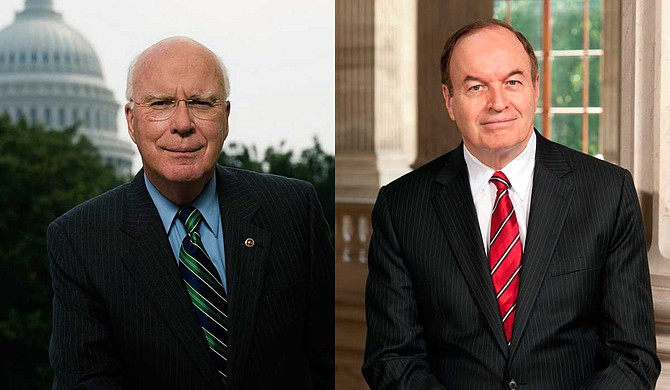 Republican Sen. Richard Shelby of Alabama and Democratic Sen. Patrick Leahy of Vermont are scheduled to speak at the service Tuesday at Northminster Baptist Church in Jackson.

Cochran was 81 when he died Thursday at a veterans' nursing home in Oxford, Mississippi. He served 45 years in Washington, with the first six in the House and the rest in the Senate. He retired in 2018 as the 10th longest-serving senator in U.S. history.

As a young man, Cochran earned varsity letters in four high school sports, delivered milkshakes as a restaurant carhop, became an Eagle Scout, was a college cheerleader and fraternity president and served in the U.S. Navy.

Cochran was chairman of the Senate Appropriations Committee, bringing billions of dollars to Mississippi for agriculture, university research, military contracts and disaster relief. Shelby now leads that committee with Leahy as vice chairman. Leahy has described Cochran as one of his dearest friends.

Cochran was dubbed the "Quiet Persuader" because of his gentlemanly demeanor.

"He was an icon of a better era and a role model for anyone and everyone who serves," Republican Lt. Gov. Tate Reeves said.

Dozens of former Cochran staff members attended the funeral Monday. Among them were Lynnette Johnson Williams and her adult daughter, Naomi Shelton.

Johnson Williams said she worked on Cochran's 1984 Senate campaign before being hired to work on his Senate staff. She remained more than nine years, with part of that time as his press secretary. She was among the first African Americans to work as a press secretary for any U.S. senator.

"He was a teaching boss, a caring boss," Johnson Williams said. "It was the best job I ever had."

Shelton grew up knowing Cochran and worked as a summer intern for him in 1997.