Mississippi: Election Lawsuit is Not About Voting Rights 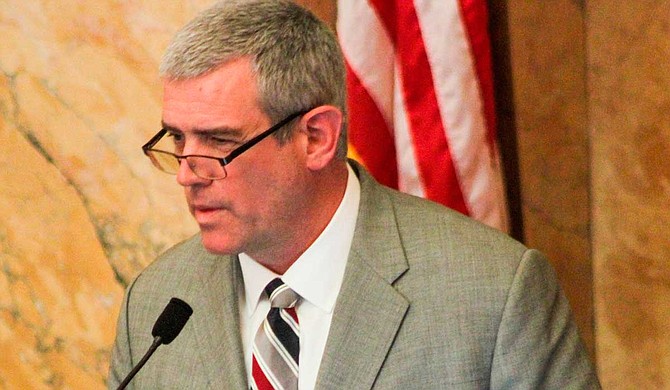 JACKSON, Miss. (AP) — Attorneys defending Mississippi say a lawsuit that challenges the state's system of choosing a governor is about "partisan politics," not about protecting African Americans' voting rights.

The election-year lawsuit was filed May 30 in federal court by four black plaintiffs with backing from Eric Holder, who was the first African American U.S. attorney general and is now chairman of the National Democratic Redistricting Committee.

It says a provision in Mississippi's 1890 constitution "has its basis in racism," requiring candidates for governor or other statewide offices to win a majority of the popular vote and a majority of the 122 Mississippi House districts. Without both majorities, the election is decided by the state House.

The provision was written at a time that white politicians across the South were enacting Jim Crow laws to erase black political power that had been gained during Reconstruction. No other state in the U.S. uses such a method to choose governor.

The 1999 governor's race was decided by the House after nobody received the required majorities in a four-person race. The top two candidates were white, and House members chose the Democrat who had received the most votes. The House was then controlled by Democrats and is now controlled by Republicans.

"Neither the speaker nor the secretary wish to defend the motivations behind a law allegedly enacted with racial animus," Trey Jones, a private attorney representing the state, wrote in court papers filed Monday. "However, both the allegations in the complaint and the timing of its filing demonstrate that this lawsuit is not about race, and it is not about vindicating alleged wrongs to plaintiffs' right to vote — it's about partisan politics."

Jones wrote that decisions about Mississippi's voting system should be made by the state, not by a federal court. He also wrote that Gunn and Hosemann should not be sued. He said Democratic Attorney General Jim Hood should instead be named a defendant because "he has a number of duties relevant to constitutional challenges."

Hood is running for governor this year and is not representing the state in the lawsuit. If he wins the party nomination during the August primary, he would be on the November general election ballot and his campaign could be affected by the outcome of the lawsuit.

The current governor, Republican Phil Bryant, could not seek a third term. Republican Lt. Gov. Tate Reeves and Hood have raised the most money in the governor's race.

To date, no Mississippi candidate who won the most votes for a statewide office has been prevented from taking office because of the other requirements.