Courtnie Mack: Paving Her Own Path 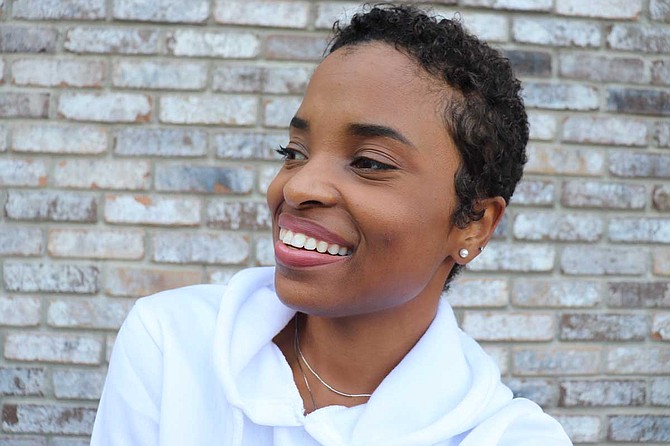 Courtnie Mack started singing when she was 7 and has been belting out cover songs of R&B, soul and gospel greats such as Kim Burrell, Tori Kelly, Priscilla Renea, and Donny and  Lalah Hathaway. Photo courtesy Mississippi Museum of Art

Right now, Courtnie Mack is a self-managed artist who is not signed to a record label.

"It's just me and a microphone singing the songs I grew up listening to, songs that allow me to have fun with my audience," she says.

The Ridgeland High School graduate started singing when she was 7 and has been belting out cover songs of R&B, soul and gospel greats such as Kim Burrell, Tori Kelly, Priscilla Renea, and Donny and  Lalah Hathaway.

Mack's chosen path has led her to perform in places such as Jackson, Tenn.,  and New Orleans.

She says her most memorable performance was for the Atlanta Hawks NBA team in November 2014. Most recently, she sang at the Feb. 10, 2019, Founder's Day ceremony for the Tougaloo College students, alumni and community leaders.

"(It) was very special because I got a chance to sing in front of people that I've met in recent years since I returned from college," Mack says. "Also, Tougaloo holds a very special place in my heart, as it is such a historic place in Mississippi history  as an HBCU."

Mack says her family is supportive of her career pursuit, even though it's not  a traditional path.

"I'm the (oldest) of three kids in my family, and I'm the only one who has decided to go off the traditional career grid with singing," she says.

Mack attended Spelman College in Atlanta, where she graduated in 2015 with a degree in psychology. She worked at the 2 Mississippi Museums from November 2017 to January 2019 in visitor services and development. While there, she performed during the museums' Martin Luther King Day celebration on Jan. 21, 2019. She is currently an office assistant for an economics firm in downtown Jackson. She spends some her free time working on community service projects such as helping with coat and food drives for needy families in Jackson and around the state. with her Alpha Kappa Alpha sorority sisters,

As for her music career, Mack says: "My plan is to sing as much as I possibly can and as often as I can. I want to learn songwriting because I eventually want to write and sing my own songs."

She loves to travel and experience new things and meet new people, especially other artists who have been where she is trying to go, she says.

"I know that I don't know everything about the music business, so I use every opportunity to learn from others about singing and life," she says. "I'm setting goals that I feel I can attain right now because I know I'm a small-town girl with big dreams. I'm excited about what the future has in store for me."

For more information on Courtnie Mack, find her on Instagram.