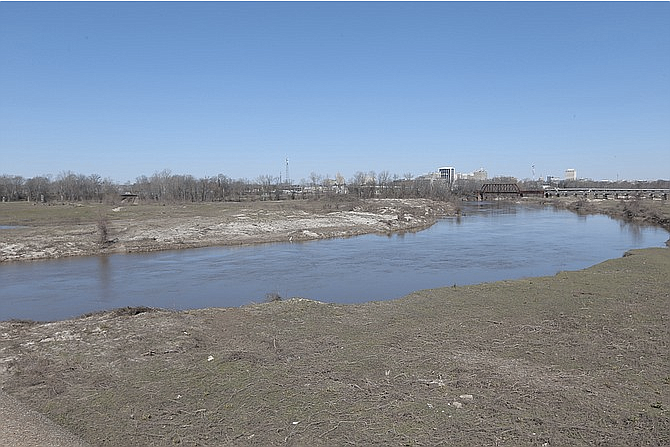 The "One Lake" proposal has hit another major hurdle. A report commissioned as part of the project's draft study has found the project poses serious public and environmental health risks. Photo by Imani Khayyam.

JACKSON — The "One Lake" proposal has hit another major hurdle. A report commissioned as part of the project's draft study has found the project poses serious public and environmental health risks.

"Groundwater samples collected from the two unpermitted landfill sites have revealed concentrations of toxic PAHs and heavy metals that are well above acceptable regulatory standards," said Abby Braman, Executive Director of Pearl Riverkeeper. "We suspect these alarming findings are only the tip of the iceberg since many of the sites have not been extensively evaluated, and much of the sampling done to-date has been very limited. Protecting public health should be the priority, not personal profit."

Property contaminated by Gulf States Creosote, a former wood treatment facility, is owned by Fairgrounds Development Company, LLC. (View the Secretary of State 2018 LLC filing report) John McGowan, the company's registered agent, is a local businessman and decades-long promoter of damming and dredging the Pearl River in order to create new developable waterfront property along with questionable flood control benefits for metro Jackson. One Lake is the current iteration.

In addition, five other hazardous waste sites have been identified near or within the project footprint. These include the Rival Manufacturing Companies Facility and Sonford Products Lumber Mill, which are both federal Superfund cleanup sites, and several automotive junkyards. (View a map illustrating the Hazardous-Toxic-Radiological Waste Sites)

The Mississippi Department of Environmental Quality's review of the draft study raises numerous questions about the project's water quality modeling, and calls for more analysis "to consider how the proposed project would affect water quality downstream of the project area...". The agency acknowledges the proximity of the two historical landfills and creosote site, as well as the Pearl River's existing water quality impairments. (View MDEQ's comment letter)

"The inadequacy of One Lake's draft study continues to defy logic," said Jill Mastrototaro, Policy Director for Audubon Mississippi. "It downplays serious public and environmental health threats posed by these contaminated sites, it offers few details on site cleanup, and it provides no plan to ensure that the health of Mississippians and our wildlife is adequately protected."

Twelve downriver stakeholders municipalities, including the Mississippi Commission on Marine Resources and the Louisiana State Legislature, have passed resolutions opposing the proposal. State and federal agencies continue to raise major questions about and objections to One Lake. For example, the Mississippi Department of Transportation found it would result in "catastrophic failure" of critical infrastructure, resulting in the replacement of nine bridges that would add nearly $110 million to the cost of the project.

Mississippi Congressman Bennie G. Thompson (D-02), whose District the project resides in and would allegedly benefit, has called for, "The One Lake proposal [to] be rejected because it imposes unacceptable risks to the health, safety, and welfare of the public, including my constituents.

"The economics continue to stack up against this destructive proposal," said Andrew Whitehurst, Water Program Director for Gulf Restoration Network. "The project's estimated $345 million price tag commits a paltry $8 million for cleanup costs. When compared to an ongoing 25-acre site cleanup in nearby Canton that cost $14.5 million, we expect the true cleanup of all the contaminated sites impacted by One Lake to cost tens of millions of dollars." (View the Southeastern Wood Preserving site in Canton)