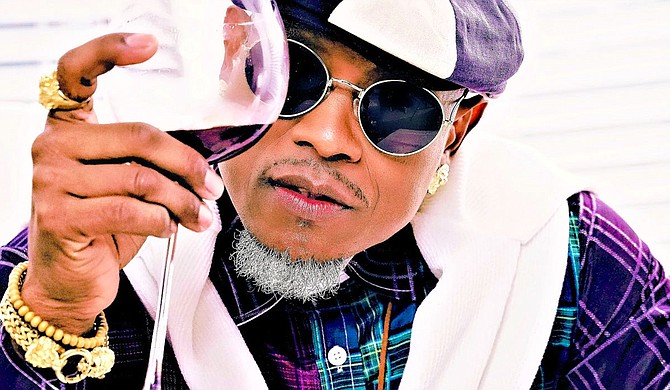 As the end of the year, and the end of the decade, draws nearer, lovers of soul music enthusiastically mark their calendars as they count down the days until the 2019 Soulabration, which will be held on Dec. 28 starting at 7 p.m. at the Mississippi Coliseum. Here is an overview of the six artists performing during this night of soul.

Multi-Grammy nominated soul musician Calvin Richardson will headline the event with his brand of neo-soul that mixes his more classically soulful tones with inspiration drawn from anything between pop to the powerful tunes of gospels and blast beats of '90s hip-hop.

Raised in Monroe, N.C., Richardson grew up consistently singing with Willing Wonders, the gospel group his mother led. Moving from the North Carolina  gospel circuit to the soul scene was a smooth transition for Richardson as he was heavily inspired by not only classical soul, but his friends in the neo-soul movement of the early '90s.

TUCKA James of Loreauville, La., is the self-proclaimed "King of Swing." Starting his career singing lead with Keith Frank & the Soileau Zydeco Band, he later moved into a solo career in 2008 and has since released six albums, which all follow a similar theme of romance, which is customary in many soul musicians' toolkits.

Boasting over a million listens on Spotify for his most popular track, "Work it Out," James is considered a regional favorite in the Louisiana R&B scene.

Contemporary R&B singer T. K. Soul, born Terrance Kimble, built his music on a foundation of traditional soul mixed with a hip-hop attitude. He calls himself the "bad boy of Southern Soul," and grew up in Winnfield, La., on the Jackson 5, Al Green and Prince.

Kimble, who released nine albums between 2002 and 2016, started his music career as a DJ. He has been involved with Under 21 and Houston-based R&B group H-Town. After touring around the world with H-Town, he began to write for a musician named Willie Clayton until he branched into a solo career and formed his label named Soulful Records.

Louisianan bluesman Pokey Bear of Baton Rouge is one-third of the band known as the Louisiana Blues Brothas and started his solo effort in 2013 with "Josephine Son Pokey." He has since released two more solo albums while still collaborating with his band.

Pokey Bear, also known as simply Pokey or Big Pokey Bear, uses a fusion of R&B and bayou soul to make a style all to himself. Pokey Bear and TUCKA have previously collaborated together, with TUCKA sparing some bars in a remix of Pokey Bear's theme song "They Call me Pokey."

Yayo, also known as Big Yayo, is a southern, soul musician from Goodman, Miss., which is just north of Jackson. The artist is known for his edgy hip-hop thumps that mix funk, soul, R&B and a touch of country into dancefloor grooves. Yayo's songs generally revolve around two things: dancing and lovemaking.

Yayo, born Christopher Mabry has consistently released singles until his 2015 debut "Southern Classic." Yayo says he wants to be considered an ambassador for Southern culture.