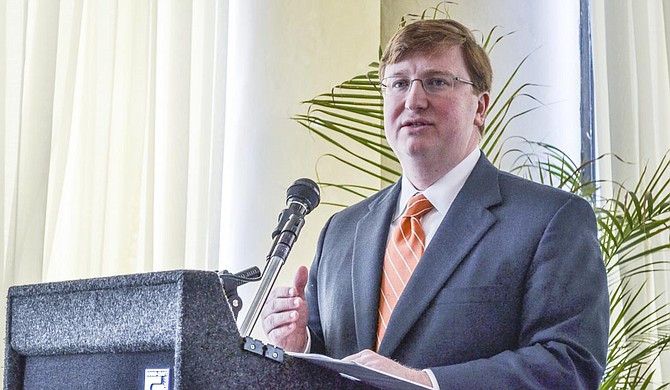 “We wanted to be conservative in our budgeting, but we also wanted to recognize that there will be new leadership. ... We wanted to give both the Senate and the House maximum flexibility going into the 2020 legislative session, and that's exactly what we did," Tate Reeves said. Photo by Amile Wilson

Members of the Joint Legislative Budget Committee met Wednesday and adopted a broad outline for a nearly $6.3 billion budget for the year that begins July 1. That would be nearly $94 million less than the state is set to spend during the current year, about a 1.5% decrease.

This is just an early plan, though. The deadline for setting a budget is months away and numbers often change between the first set of recommendations and the final product.

Mississippi has long had some of the lowest teacher salaries in the nation and the plan would not remedy that problem. The plan also recommends a 3.7% reduction in transportation spending, even as the state deals with some unsafe bridges.

Mississippi started a selling lottery tickets in November and the first $80 million a year in lottery revenue is designated for highways and bridges. After that, the lottery proceeds go to education.

The Department of Public Safety would receive an additional $4.4 million to pay for new state troopers who are currently being trained and another $1 million for pay raises for the department's law enforcement officers.

The state would spend an additional $18.4 million to cover the current year's shortfall for a teacher pay raise plan that was put into law but was underfunded because of a mistake in determining how much the pay plan would cost.

The plan recommends that the state spend about the same amount during the coming year for district attorneys, courts, financial aid for university students, disaster relief and rehabilitation services.

It would leave the state with about $679 million in cash reserves in the rainy day fund.

It's unclear whether the recommendations adopted Wednesday will be meaningful or useless.

The current four-year legislative term is ending, and the new one begins in early January. The new set of lawmakers — some of them rookies, some of them veterans — will decide how much the state will spend on an array of services, including education, transportation and health care.

“It should be noted that this is the last budget recommendation of this eight-year cycle,” Republican Lt. Gov. Tate Reeves said Wednesday.

Reeves is finishing his second term as presiding officer of the Senate and member of the Budget Committee, and will be sworn in as governor in January.

“We wanted to be conservative in our budgeting, but we also wanted to recognize that there will be new leadership. ... We wanted to give both the Senate and the House maximum flexibility going into the 2020 legislative session, and that's exactly what we did," Reeves said.

Legislators must set a final budget by early May. If the economy is strong, legislative leaders could increase the estimate of how much money the state will have available to spend.