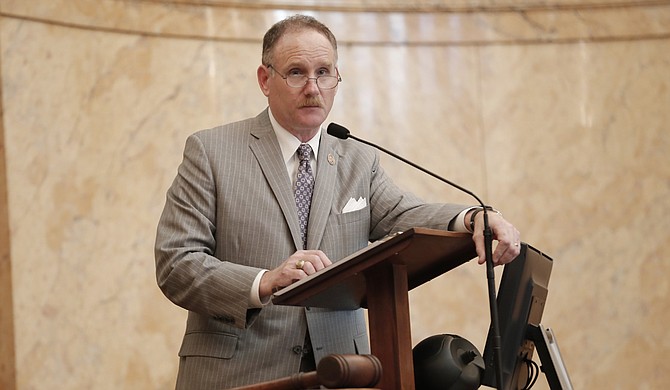 At a recent campaign stop, Republican candidate for attorney general and Mississippi State Rep. Mark Baker claimed the 1965 Voting Rights Act, a pivotal law in black Americans' struggle for equal rights and representation, violated Mississippi's "sovereignty." Not only does he clearly not understand the constitutional guarantee that every person has the right to vote, but his comments also show a shocking disrespect for both the voters of Mississippi and the law.

As a result of the 2013 Shelby v. Holder decision, Mississippi was removed from pre-clearance requirements that the 1965 Voting Rights Act placed the state under. These requirements ensured that the government did not legislate racial barriers that would deny African Americans the equal right to vote. After the gutting of the act in 2013, Mississippi's response was immediate—increased restrictions on voting. The very next legislative session, Mississippi passed a voter ID law, and, even this year, legislators tried to make requirements even more restrictive.

Mark Baker has demonstrated his disdain for racial equality using words like "sovereignty," a code word for supremacy. Mississippi needs elected officials who understand that voting is the cornerstone of democracy. Last year, when Jennifer Riley Collins, who is also running for attorney general in November, hosted a forum on racism in America, she said, "It is time for Mississippi to move forward!"

I agree with her. She has been a fierce advocate for commonsense voting reforms like online registration and early no-excuse voting, both of which would increase access to the polls.

Our vote is our voice and our freedom, and politicians should never threaten our freedom. When we fail to increase access to the polls using innovations like Collins the ones has asked lawmakers to consider, we are closing doors of opportunity in our state. Legislators who are more interested in hateful rhetoric and restrictive policies fail to move Mississippi forward. We must also not forget that state lawmakers have intentionally and permanently disenfranchised tens of thousands of Mississippians.

Perhaps the real threats to Mississippi's sovereignty are career politicians like Mark Baker.

Nsombi Lambright is the Executive Director of Director of One Voice, a statewide leadership development and policy advocacy organization, headquartered in Jackson, Miss. She sits on the boards of the Center for Constitutional Rights and the Mississippi Low Income Child Care Initiative. She is also a life member of the NAACP and the Rho Lambda Omega Chapter of Alpha Kappa Alpha Sorority, Inc., serves on the City of Jackson's Civil Service Commission and the Criminal Justice Taskforce.