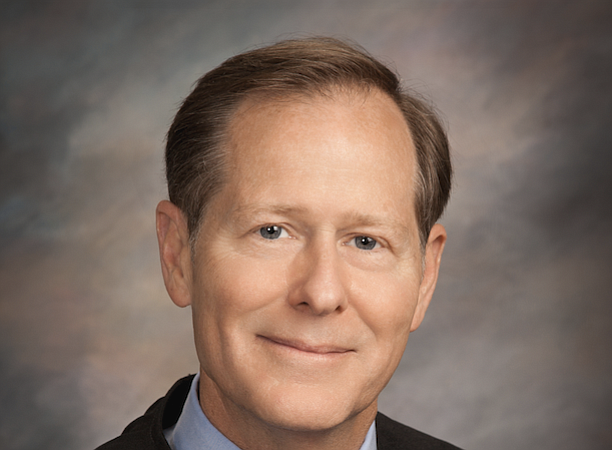 Spouse/children (if applicable): My wife Tracy and I celebrated our 30th anniversary this year, and we have three Eagle Scout sons: Alan (27), Joshua (24) and Elliot (21)

If you have run for this judicial seat before, please state when. (If you are an incumbent, please cite years in current position): I am an incumbent Hinds County Circuit Court Judge (8 years) - I've not run for the Court of Appeals before.

The Jackson Free Press reached out to all judicial candidates who are running on the Nov. 6 ballot to represent jurisdictions throughout the Jackson Metro Area, regardless of whether they had a challenger or not. Each candidate received the same questionnaire. We've published their responses in full below, with minimal edits for editorial/reader clarity only. The JFP did not copyedit or line-edit candidate responses. The views expressed by candidates do not necessarily reflect the views of the JFP.

Why do you want to serve on the Mississippi Appellate Court right now?

For the last 8 years I have served as a Circuit Judge in the busiest courthouse in Mississippi, presiding over more than 135 jury trials, writing hundreds of judicial opinions, and hearing many lower court appeals. If I am unsuccessful in my race for the Court of Appeals, when the Court begins its January term there will be no former trial judges on the Court for the first time in history. That's a big deal, since the overwhelming majority of criminal appeals from circuit courts are heard by the Court of Appeals.

More than 100 of my jury trials were criminal trials, and in my view, it is difficult to review another judge's weighty decisions made throughout each case without ever having experienced that responsibility. I have spent 8 years weighing all that goes into a ruling, and each decision that I have made as circuit judge impacts real families and real victims. I have listened with compassion and used that discretion to give many young, non-violent first offenders another chance and I have listened with a firm heart for justice and sentenced many violent criminals to decades in prison. Actually experiencing this tremendous responsibility has been a truly rewarding and challenging experience for me and will undoubtedly make me a well-equipped appellate judge. I am the only candidate in this race with the unique experience of serving as a judge, and I believe that all my practical experience as a criminal trial judge will provide valuable insight for those important appeals and will help the court of appeals write better, more instructive opinions. At the end of the day, I believe that is the purpose of the appellate courts.

Approaching the law from a neutral and fair perspective is something that is not taught in law school. Rather, lawyers are taught to advocate fiercely for each client, and removing the hat of "advocate" is something that requires substantial time and experience for any new judge to develop. I would urge the voters not to be misled by campaign material touting experience in this race. Experience as an advocate is something that all practicing attorneys have in common, but the impartial, just and merciful nature of judicial experience is much more relevant in a judicial race. Appellate judges don't represent litigants or write briefs. They interpret the law.

Lastly, I want to touch on my appellate success as a judge. I think the voters should know that the Mississippi appellate courts have overwhelmingly affirmed my rulings and decisions on appeal. In fact, during my 8-year tenure the appellate courts have agreed with more rulings from my court - both as an absolute number and as a percentage — than any other Hinds County judge. I am proud of this record, not for any personal accolades, but because getting it right means that the victims, the families, and the litigants don't have to re-live the painful experience of another trial.

How do you view the impact of a Mississippi appellate judge, and what would you bring to the role?

Trial courts heavily rely on the opinions which are written by the appellate courts. These opinions affect the decisions trial judges make in the lower courts in a significant way during all stages of litigation. As a current circuit judge who has been in the trenches presiding over actual trials, I make decisions daily while relying on these appellate opinions. When elected as an appellate judge I will be sensitive to the impact my decisions have on trial courts.

Provide one or two examples of your legal and/or judicial experience when you have made an impact in the state, and describe the result.

Although the bulk of my time as circuit judge is spent managing a heavy criminal docket, I also manage one of the busiest civil dockets in the state. The Eaton v Frisby case, for example, was an industrial espionage case which involved a large cast of Mississippi lawyers, judges and elected officials, and was the largest and most complex civil case in circuit court history. It alone required me to write more than 60 judicial opinions, several of which were reviewed and affirmed by our appellate courts in opinions which impacted Mississippi case law.

I also presided over the state's first hate crime case, State v. Daryl Dedmon. In that case, James Anderson, who was out for a walk, was run over and killed simply because of the color of his skin. That case put a great stain on Mississippi, but it was moved swiftly through the court system and Dedmon ultimately was brought to justice. Governor William Winter sent me a note afterward which read: "Judge Weill...I hope that our community will rally behind you in your commitment to justice." I've got that framed and on my desk.

As a young assistant district attorney, I also prosecuted the first voter fraud case in Mississippi with former District Attorney Dunn Lampton, which ultimately resulted in the election and seating of the first African American supervisor in Copiah County.

In the past year or so, what has been the most consequential/at-risk issue facing the appellate court, and what do you plan to do about it?

I always open court with a brief prayer asking for "peace, patience and wisdom" for all participants. That's a great summary of the characteristics of a good judge: He has a peaceful, unhurried demeanor and approach; he is patient in dealing with the many vexations of courtroom combat; and he has wisdom. That wisdom comes from years of life experience, which — after 36 years as a lawyer, 8 as a judge, 4 as a Jackson city councilman, 30 as a husband and decades as the father of 3 rambunctious sons - I have in abundance.

What sets you apart in this race?

If you are unsuccessful in your race, how specifically will you continue working on behalf of the state?

I've always been involved in community service. For example, I've traveled with New Hope Baptist Church on mission trips at least a dozen times. I hope to continue helping folks, whether on or off the court of appeals. My parents taught me to always give back to the community and I'll continue to do that through work with my church, boy scouts, charitable work and will seek daily opportunities for service.