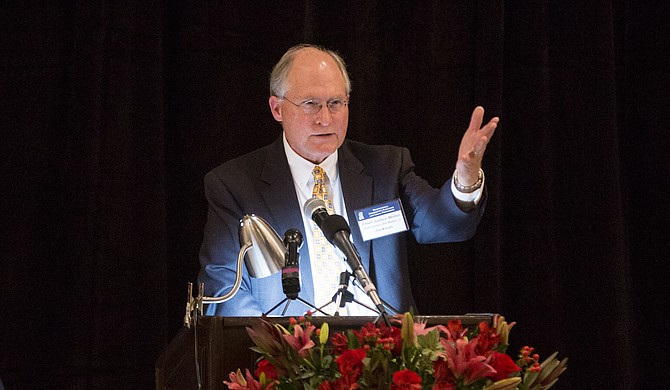 Waller, 66, said in a news release that he is in good health and "it's just time" to step away from public service.

He will have served 21 years on the Supreme Court, with the last 10 as chief justice.

"It has been my highest privilege to be elected as a justice of the Supreme Court and serve as chief justice of Mississippi," Waller said in the statement.

Justice Michael K. Randolph of Hattiesburg is in line to become the next chief justice. Randolph has been on the nine-member Supreme Court since April 2004 and is second in seniority to Waller.

Gov. Phil Bryant will appoint a new justice in Waller's central Mississippi district, and that person will serve the final three years of an eight-year term. The position is up for election in November 2020 for a term that begins more than a year later, in January 2022.

After retirement, Waller plans to work as a senior status judge, meaning he will occasionally hear cases. He said he also would like to teach at the two in-state law schools at the University of Mississippi and Mississippi College, the news release said.

As chief justice, Waller oversaw expansion of drug courts to all 22 of the state's circuit court districts. The courts focus on helping people achieve and maintain sobriety. When the last state budget year ended in June, 3,283 people were taking part in felony drug court programs, which are also promoted as a way to keep people out of prison and save the state money on incarceration costs.

Waller also oversaw the adoption of an electronic filing system for Mississippi courts. The system is used in 58 counties in chancery courts and 23 counties in circuit courts. It is also used in 11 county courts.

Waller earned his law degree from the University of Mississippi in 1977 and was in private practice in the Waller and Waller law firm in Jackson from that year until 1998. He was a Jackson municipal judge from January 1995 until July 1996.

Waller is a graduate of the U.S. Army War College and served 30 years in the Mississippi Army National Guard, attaining the rank of brigadier general. He is the eldest son of the late Gov. Bill Waller Sr., a Democrat who served from 1972 to 1976, and the late Carroll Overton Waller.