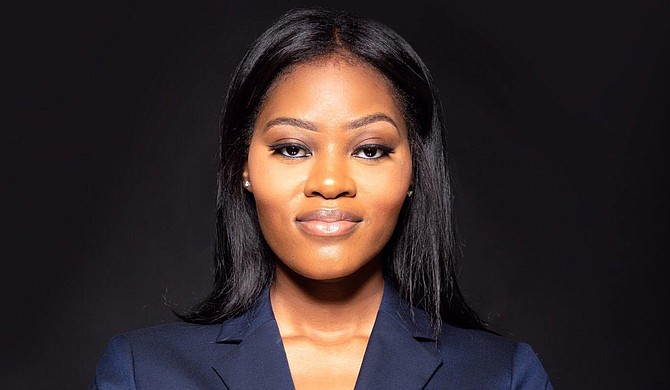 Title of Specific District/Position Campaigning for:

Spouse/children (if applicable): I am the personal assistant to my son, Jaxson.

If you have run for this judicial seat before, please state when. (If you are an incumbent, please cite years in current position): First time candidate.

Please list any endorsements you have received to date:

Bishop Ronnie Crudup, Sr., Kim Wade; I have pounded the pavement in a way that will be meaningful and memorable to everyone who will go in to cast their vote for me. I have attempted to meet voters where they are and allow them to get to know me for themselves.

The Jackson Free Press reached out to all judicial candidates who are running on the Nov. 6 ballot to represent jurisdictions throughout the Jackson Metro Area, regardless of whether they had a challenger or not. Each candidate received the same questionnaire. We've published their responses in full below, with minimal edits for editorial/reader clarity only. The JFP did not copyedit or line-edit candidate responses. The views expressed by candidates do not necessarily reflect the views of the JFP.

Why do you want to serve Hinds County right now?

If not now, then when? If not me, then who? Hinds County and its justice system are in critical times. Now more than ever we need good government. I will be the good government that we need. We need people like me in place who will hold themselves and others accountable. We need leaders like me who operate with a spirit of excellence. We need new people in these old places to bring new ideas and strategies. We need people like me who are not so far removed that they can not relate and understand people and these current times. I believe my serving in this county court for the last three years has given me an advantage. My energy has given me an advantage. My passion has given me an advantage.

Provide one or two examples of your legal and/or judicial experience when you have made an impact in Hinds County, and describe the result.

I have clerked for two circuit court judges as a practicing attorney and as a law student which has yielded me on the job training to serve as a judge as told to me by one of the Judges I clerked for. As such I experienced the civil, criminal, and administrative appeals aspect of the law.

However, my greatest impact happened while serving as an Assistant Hinds County Public Defender. Becoming a public defender was my dream job. I wanted to give poor people access to the kind of representation that wealthier people had access to. After law school I studied for another three years in a training program known as Gideon's Promise to equip me with the knowledge and skills to be a strong public defender. I was exclusively assigned to this county court in which I am seeking to be elected as Judge. I was also assigned to Municipal Court to handle felony cases.

While serving as an Assistant Public Defender I saw firsthand the "assembly line" type order of the courtroom. A person's name was called and the public defender was tasked with standing beside him/her to "represent" him/her but having never met him/her. I challenged that routine and changed it by being on time, prepared, and asking the court to allow me and other public defenders the chance to speak to the clients in private before representing them. I worked extremely well with law enforcement. The result was a mutual respect amongst defendants, prosecutors, judges, jail staff, court personnel and myself. In the past year or so, what has been the most consequential/at-risk issue facing the area you wish to serve and what do you plan to do about it?

The most consequential issue facing the criminal area is the ease with which people attempt to pass the responsibility off to someone else. The Hinds County Detention Center is currently operating under a consent decree. As a part of the decree we are to decrease overcrowding. Overcrowding is not only a danger to the staff that work at the Center but a danger to those persons awaiting indictment or trial. The police officers are making the arrests in Hinds County but there is a process after arrest that ensures the rights of the defendants and the rights of the victims. That process is indictment. Indictments are not happening for years and justice for defendants and victims is delayed. I plan to sit down with the District Attorney and the assistant district attorneys as well as law enforcement to get on one accord to ensure the safety of the community and the rights of the defendants and victims.

If selected to preside over youth court, how would you serve the juvenile population of Hinds County?

Having recently represented clients who were juveniles but charged as adults, I would like to see juveniles continuously housed with juveniles. I understand the effects of pre-trial detention and how there is a direct correlation to repeat offenders. I understand that juveniles often do not have the same mental capacity as that of an adult. I would encourage the parents to be involved in every stage of the process. I would like to see more cases retained in youth court by the youth court Judge. I believe every available resource should be exhausted before treating a juvenile as an adult. I would also like to see more juveniles navigated to educational and vocational programs.

A good Judge is knowledgeable about the law and its applicability. A good Judge is one who is no respecter of persons. A good Judge treats every individual fairly and with dignity and respect. A good Judge will respect the time of lawyers, defendants, victims, law enforcement, and other court officials. A good Judge has the temperament and decorum to not offend or be easily offended. A good Judge is not easily swayed to make a decision but is confident in his/her rulings. I submit to the people of Hinds County that I possess all of these characteristics and more to successfully and effectively carry out the position of Hinds County Court Judge, Sub-District 1.

What sets you apart in this race?

As a millennial I bring a brand new, progressive, and energetic prospective to the judicial system and specifically this seat. I have studied and continue to study the rules, laws, and policies that affect us all. I have the relevant experience and skills specific to this court. I am able to relate and appeal to people from all walks of life and across party lines. I am the only candidate in this race that is not currently responsible for a docket that is backlogged. Prosecutors and Judges have the power and ability to move cases along. Having worked in this county court for the last three years I understand the way that this court operates and I have single-handedly handled over 500 cases in this court. I have already developed strong relationships with the persons whom I would be working with once I assume this position.

I will not misstate the law. I will educate the constiutents. Because I have practiced law in this very court I know the laws that are applicable to this court. I know that people can not be made whole in this court. Being made whole is a phrase learned in law school that is most often used in contract cases when there is a quid pro quo scenario involved. For example, I give you this for that. If one or more of the agreements failed then the party who did not get what he bargained for can seek to be made whole or as close to where he was before the transaction. Because I have practiced in this court and litigated bond matters I know that this criminal court is not a court of punishment and because of that this court will not sentence anyone in felony matters. The "spare the rod, spoil the child" phenomenon could not legally apply here since the Supreme Court has stated that bonds are not set to punish but to secure the presence of the accused at trial. Lee v. Lawson, 375 So. 2d 1019, 1021 (Miss. 1979) Public Policy heavily supports this since the accused is cloaked with the presumption of innocence before conviction. I know that the criminal part of this court only deals with cases before indictment. I know that often times if the arresting agency is the Jackson Police Department then the case will not always make it to county court absent an order to transfer signed by both the defendant's attorney and judge.

Currently I serve as the Attorney for the Jackson Police Department so I know firsthand what their needs are to ensure safety in our community. Additionally, what sets me apart is my humble beginnings that have undoubtedly prepared me for hard work and as such I will serve the people and make the court accessible to all persons in a timely manner.

Lastly, I am committed, compassionate, and consistent about using alternative solutions for those persons suffering with mental illnesses, homelessness, and addiction. This will significantly reduce violent crime, overcrowding of jails, and save our tax dollars in Hinds County.

If you are unsuccessful in your race, how specifically will you continue working on behalf of your district?

My passion is real. The obtaining of my law degree was never for my own personal gain but for those many people who are both underserved and underprivileged.