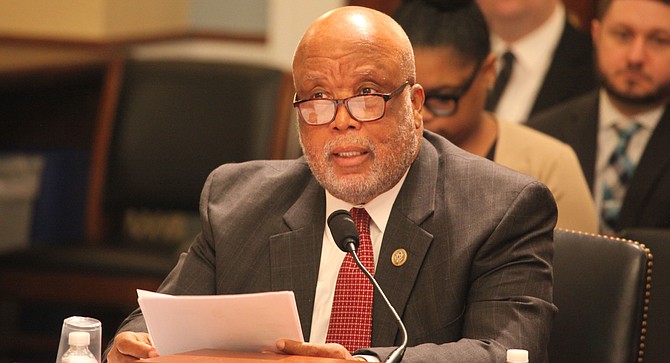 Congressman Bennie Thompson, the only Democratic representative in Congress for Mississippi, has no primary election challengers, and no Republicans are running for his seat. Photo by Bennie Thompson

Over the past 25 years, the people of the Second Congressional District have voted for me to represent them and advocate on their behalf. In this current political climate, my constituents need me to continue doing my job as their representative in Washington. Over the years, I have fought tirelessly for the people of my district and they deserve nothing less than a Congressman who places their concerns and issues as a priority within the objectives of the United States Congress. With recent proposals to cut funding to social safety net programs that are essential for the people of our district, in which a vast majority of my constituents rely on, they not only need but deserve an advocate who will work for their best interests. Being a product and current citizen of MS-02, I am aware of the disparities and issues within our district and will continue to fight to combat those issues for my people. One of which is the issue of healthcare. I want to ensure that the people in our district are afforded adequate resources to quality healthcare.

During my 43 years in public service, I have dedicated my life to advocating for the people of the Second Congressional District. It would be far from the truth if I said it would be easy for me to compile that into only two examples. I would say that an early example of my advocacy was during my time as a student at Tougaloo College. I was an organizer of voter registration drives designed for registering citizens of the Mississippi Delta as voters, during a time of sweltering segregation and racism in our state. Being able to help and advocate for citizens to become registered voters, when for so long they had not been afforded that right, resonated and sparked an everlasting flame in me to be a voice for our district. Another example of my advocacy that stands out to me is when I authored legislation in 2000 that created the National Center for Minority Health Care Disparities, which subsequently became law. My work each and every day is a reflection of my love and dedication for Mississippi and everyone in MS-02. It is home.

This year, the most important vote I took was on the Omnibus bill that ensured adequate funding for Critical Access Hospitals (CAHs) and rural hospitals that are essential for residents of my district. I voted for the bill because as the poorest state in the nation, it is imperative that Mississippi has adequate funding for healthcare access for everyone in our state, especially those in MS-02.

If unsuccessful, I will continue to do my part in the district and support my successor with initiatives that I started to ensure they are followed through. I would not hesitate to share my experiences and expertise in helping to overcome and combat the issues in our district. I will also work in a grassroots capacity in aiding residents throughout our district.