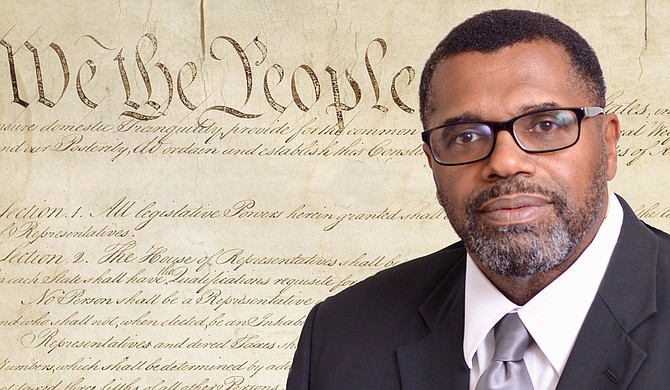 Jerone Garland, a Kosciusko native, is running in a crowded race of Democrats, who want to replace Sen. Roger Wicker in the Senate. Photo by Jerone Garland

I have a vision for Mississippi’s future and a plan on how to accomplish it in areas of: Criminal Justice Reform, Broadband expansion as Public Utilities and job creation.

I was the organizing board president of the Boys and Girls Club in Kosciusko in 2001 and continue to be a regular volunteer. We successfully led the effort to provide bus transportation for alternative school students. I am also the only black male bus driver/substitute teacher and only substitute in Kosciusko with professional work experience outside education. The result. Students who historically would have dropped out of school didn’t and KHS just graduated it’s largest and more accomplished classes in school history.

To fully fund education. I support the effort which is why I propose we encourage broadband expansion via Public Utilities. Monies have been appropriated for expansion to rural areas. We must take advantage to expand out infrastructure. Doing so would provide our children the tools they need and life long learning for the general population.

Kids do stupid. Let's just lock up the bad people. We propose an alternative sentence for none violent and first time offenders. After arrest and processing, put a GPS bracelet on their ankle and release with curfew restrictions and court date.

If found guilty add an 8pm - 8am curfew and give them a job. Considered in the custody of Mississippi Department of Corrections if they violate the curfew restrictions or miss work they may finish the sentence in jail. Instead of Incarceration at $30,000 per year plus family assistance; locked in a cage with criminals then released on "paper"; ostracized, tattooed and unskilled.

Create "public work", infrastructure and community service jobs which pay about 20K. He will pay restitution and cost. He works every day and goes home to his family every night. When the sentence is up the bracelet comes off and he continues his life rehabilitated. Simple, cost effective and humane: makes sense. Why will republicans fight it so hard? Because it will be one of the largest redirections of wealth in US history. A lot of people are making money on jail. But it's the right thing to do.

Continue to be an advocate for change and accountability in Mississippi. If I lose, but I won’t. If I have been able to introduce these ideas to the mainstream conversation then I have been successful in my efforts to make a better Mississippi.