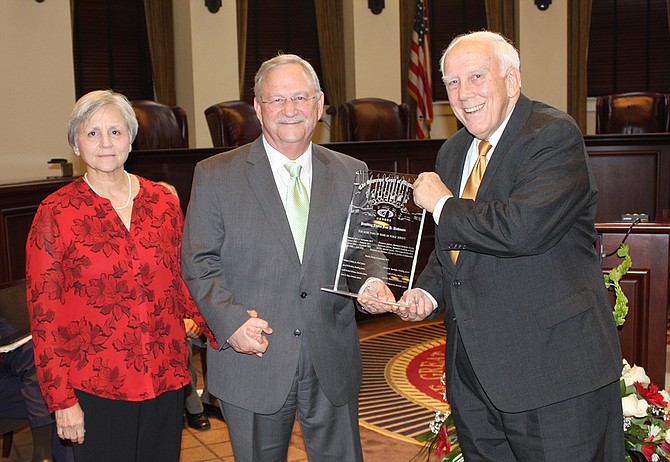 JACKSON, Miss. (AP) — Mississippi legislators are approaching the final phase of patching holes in the current year's state budget and writing a $6 billion spending plan for fiscal 2019, which begins July 1.

Budget writers face deadlines in late March, and the Department of Child Protection Services is among the agencies requesting more money for this year and next.

The agency is trying to fulfill a federal court order to improve Mississippi's long-troubled foster care system, and Jess Dickinson inherited financial problems when he became director in mid-September. Like his predecessor, David Chandler, Dickinson served as a Mississippi Supreme Court justice before Gov. Phil Bryant moved him over to lead the child welfare agency.

Dickinson told The Associated Press last week that he's not assigning blame for the budget deficit that existed when he started the job.

Child Protection Services is part of the larger Department of Human Services, but under a law enacted in 2016, it has been working toward becoming a stand-alone agency by this July.

Dickinson told lawmakers months ago that Child Protection Services was facing a $50 million shortfall for the current year. The agency saved money by cutting some contracts. And Human Services was again able to use federal matching money to help out. Those changes reduced the current year's shortfall to $12 million, and Dickinson is asking legislators to provide that money.

The Joint Legislative Budget Committee recommends that the state spend just under $98 million on Child Protection Services in fiscal 2019. That's the same amount originally budgeted for the current year. However, Dickinson said to meet federal court requirements, the agency needs $133 million for the coming year.

It could be a difficult request to fulfill because money is tight.

Mississippi had 5,538 children in foster care Thursday, with 1,457 of them — about 26 percent — coming from the coastal counties of Harrison, Jackson and Hancock. Dickinson said drug traffic along the Gulf Coast likely accounts for some child abuse. He said abuse cases also increased after the 2010 oil spill, when people lost jobs.

A 2004 federal lawsuit filed against Mississippi said children had suffered abuse because of shoddy work in the foster care system. Republican Bryant has often said since becoming governor in 2012 that improving foster care is one of his main goals.

Marcia Lowry is an attorney and executive director of A Better Childhood, a group based in Chappaqua, New York, that is among those suing the state. She said in a March 5 letter to state attorneys that she intends to ask a judge to find the state is out of compliance with a court order.

The court order required Child Protection Services to have at least 50 percent of its workers in compliance with a certain level of caseloads by Sept. 30. Dickinson said the agency met that level. But the requirement increased to 90 percent of workers being in compliance by Dec. 31, and he acknowledged that the agency does not meet the higher level.