OPINION: Trump Administration Implicit or Explicit in the Trafficking and Slavery of Immigrant Children? 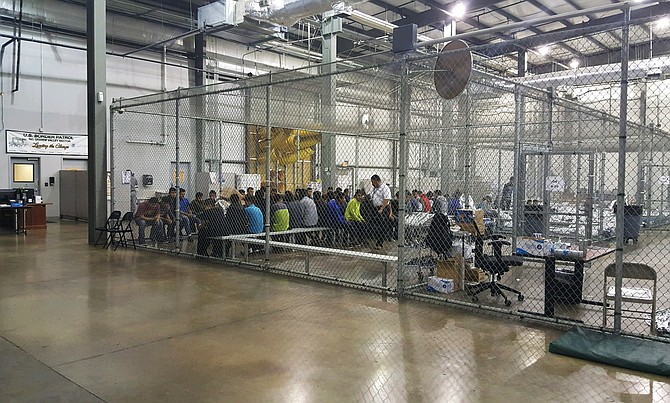 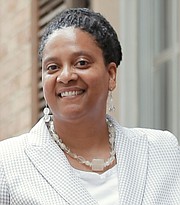 On April 6, 2018, Attorney General Jeff Sessions announced he would issue a memorandum to take effect on April 11, 2018, in which he directed the prioritization of the prosecution of certain criminal immigration offenses. He addressed the memorandum, “Renewed Commitment to Criminal Immigration Enforcement,” to all prosecutors.

In it, he directed each U.S. Attorney’s Office along the southwest border to work with the Department of Homeland Security to develop guidelines for prosecuting offenders under U.S.C. 1325(a). He directed, in consultation with DHS, for the U.S. Department of Justice, Immigrations and Customs Enforcement and border patrol to immediately adopt a zero-tolerance policy for all offenses for prosecution under section 1325(a). This policy was to supersede any existing ones and had President Donald Trump’s full support.

Under this new policy, refugee and immigrant families were torn apart, children forcibly ripped from parents and placed in shelters, foster care, detention centers and even cages. The Trump administration has upheld this inhumane practice as an acceptable deterrent to crossing the border. But why?

The prosecution and return of all immigrants crossing the U.S. border under this policy is controversial enough. However, taking children from their parents as a deterrent to crossing the border is a horrible policy. It is a costly inhumane practice that diminishes the morality of our society.

The logical question is, “Why are the children being taken from their parents?” The separation, coupled with the fact that private contractors, specifically the DOJ with aid from the Department of Defense, are restricting or not giving access to the press, government officials or advocacy agencies to verify the health and welfare of the children, is very suspicious.

Private contractors that the Trump administration, including the DOJ, have taken and moved children across state lines as far as 2,000 miles without the knowledge and consent of their parents. Faulty record-keeping and tracking practices have suggested some children will never be reunited with their parents after their case has been adjudicated. How is this even possible, given our “state of the art” operating procedure ability?

I’m appalled at the suggestion that we, the U.S., are doing the best we can. Ask yourself, “Why are these children being moved, and why are they being moved to specific locations so far away from the border and their parents?”

It is clear to me that the Trump administration implemented this policy with the belief that his “base” would not care about the health and welfare of immigrant children—giving him free range to do whatever he wants with them. Sadly, for the most part, the administration was correct. Trump supporters and surrogates put forth a number of reasons why capturing immigrant children from their parents was necessary. Once the optics became indefensible, Trump spent weeks trying to blame his administration’s morally bankrupt policy on the Democratic Party. The reality is that the Trump administration implemented this policy and stated it would supersede any existing policies. They created it, and they should own the fallout from it.

The question I’m asking myself is, “Was this zero-tolerance policy and the capturing children from their parents really a sophisticated human trafficking or slavery operation?” I don’t usually promote conspiracy theories. However, I do believe there should be an investigation regarding the condition and location of the immigrant children who have come to the U.S. over the last two years. This includes children who came unaccompanied, as well as those who were taken from their parents.

New York City Mayor Bill de Blasio said more than 350 minors have come through the Cayuga Center as a direct result of Trump’s separation of family policy, with the youngest child being 9 months old. Why is this happening? It costs more than double the amount of federal dollars to separate, transport, house and care for the physical and mental needs of immigrant children captured from their parents than it does to keep families together. The mass majority of these children do not speak English and are unable to articulate the trauma they have encountered. So again, why is this happening?

The Trump administration has crossed the line on all that Americans hold decent and honorable about the presidency. He has proven to me that no act is beneath him when it comes to advancing his wealth or brand, so why would human trafficking and slavery be any different? In fact, I believe that’s partly how he succeeded in the hotel business.

I admit it is true that after the mounting calls for Trump to resend this disgraceful practice of separating children from parents and after the optics became too shameful to dismiss, Trump did sign an executive order to stop this practice. However, he did nothing for the 2,500 plus children who have been taken from their parents. The fact that the location and condition of these children have been kept secret fuels my belief that the Trump administration is explicitly or implicitly in the trafficking and enslaving of immigrant children. Congress should request the U.S. Office of the Inspectors General to conduct an investigation, and professions the inspectors general should conduct physical and psychological examinations to evaluate the harm the Trump administration has imposed on these children.

Shame on you, Trump. Shame on us for allowing this mistake of a presidency to continue.

Velesha P. Williams is a retiree from Jackson State University. Prior to her tenure at JSU, Williams was an officer the U.S. Army. This column does not necessarily reflect the opinions of the Jackson Free Press.