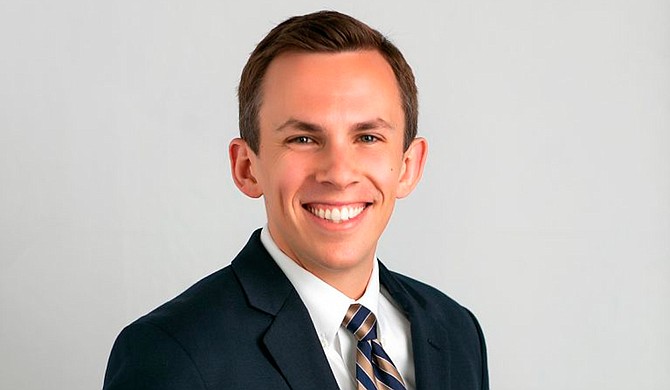 Shad White, 32, has been Mississippi Justice Institute director since December. He has also been involved in Republican politics for years, including working as a policy adviser in 2011 for then-Lt. Gov. Bryant and running Bryant's campaign for a second term as governor in 2015.

"He is uniquely prepared for this job," Bryant said during a news conference at the Governor's Mansion.

White has never held elected office, although Bryant said he will help White campaign for a full four-year term in 2019.

White succeeds Republican Stacey Pickering, a former state senator from Jones County who has been auditor since 2008 and is resigning the $90,000-a-year job July 16 to take a $122,500-a-year job as director of the Mississippi Veterans Affairs Board.

White will serve the rest of the current four-year auditor's term, which ends in January 2020.

White and his wife, Rina, live in Rankin County. He grew up in the Jones County town of Sandersville, where his mother has been a teacher and his father still works in oil fields. His father is a former alderman and is now mayor in the town of about 730.

White said Friday that he grew up watching his father come home from work, wash the dirt off his face, eat dinner and then go to city hall.

"He told me that the reason he does that is because that's what good men and women do for their communities. They serve the public," White said.

Bryant himself was appointed auditor in 1996 and served nearly 12 years. Republican Gov. Kirk Fordice chose him for the job when a Democrat, Steve Patterson, resigned after pleading guilty to a misdemeanor charge of using a false affidavit to buy a car tag. Bryant was auditor until becoming lieutenant governor in 2008.

Bryant made the announcement about White on Friday in the same spot in the Governor's Mansion where Fordice announced a generation ago that Bryant would be auditor.