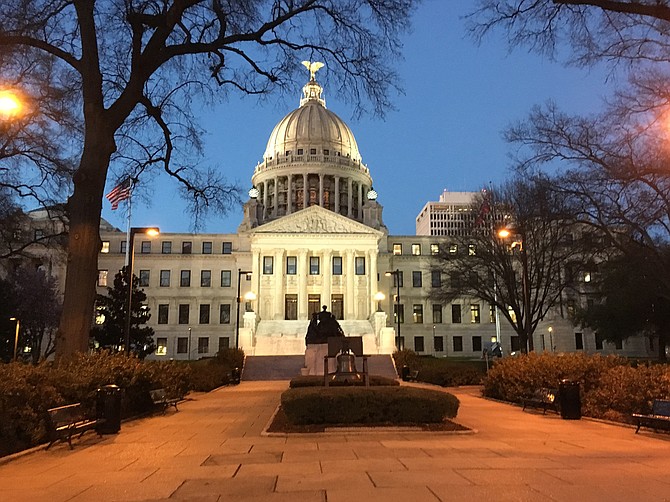 Some Democrats say the public needs more time to study a proposal to rewrite Mississippi's education funding formula. But the Republican chairman of the House Education Committee, Richard Bennett of Long Beach, says the plan could come up for a vote Tuesday in the Appropriations Committee. Photo by Arielle Dreher.

But the Republican chairman of the House Education Committee, Richard Bennett of Long Beach, said the plan could come up for a vote Tuesday in the Appropriations Committee.

Bennett held a meeting Monday to explain House Bill 957 , which was filed Thursday. It would eliminate the Mississippi Adequate Education Program, which has been fully funded twice since being put into law in 1997. The current formula is designed to ensure that school districts receive enough money to meet midlevel academic standards.

The proposed new formula, called the Mississippi Uniform Per Student Funding Formula Act, would provide a base student cost of $4,800 to educate a student with no special requirements. It would then add extra per-student amounts for special education students, gifted students, high school students and those learning English. Extremely rural districts also would receive extra money.

Bennett told reporters after the meeting Monday that MAEP is "an unrealistic formula." He said it was only funded one of the two years because the federal government gave Mississippi extra Medicaid money after Hurricane Katrina. That enabled legislators to shift some state money from Medicaid into education.

"It's just not going to be funded. It's not a realistic goal," Bennett said. "So, I want schools and superintendents and school boards to know: 'This is the amount of money you're going to get.'"

Speaking of the new formula proposal, Bennett said: "This is more of a realistic goal, and it's something we can meet."

However, he did not mention that even if a new formula wins approval, there is no guarantee it would be fully funded. Lawmakers make budget decisions each year. The state Supreme Court said in October that the Legislature is not obligated to fund the current formula, even though it is in law. That ruling came after nearly two dozen school districts sued the state for money they said they were owed under the 20-year-old formula.

Democratic Rep. Steve Holland of Plantersville said at Monday's hearing that a delay in voting on the new proposal would give people time to ask questions.

And, Democratic Sen. Hob Bryan of Amory pointed out that the current formula became law with bipartisan support. Democrats controlled the Legislature in 1997, and Republican Kirk Fordice was governor. Some Republican lawmakers joined Democrats in overriding Fordice's veto. Bryan said the formula "provides an objective amount of money that the public schools need."