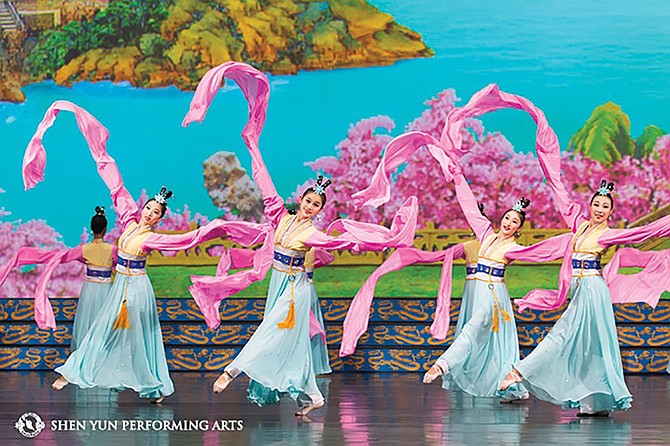 Theater-goers who attend a Shen Yun performance will experience the marriage of classical Chinese dance and original orchestra works, but what people may not anticipate is a deeply embedded and elaborate history lesson of an almost-extinct Chinese culture that spans 5,000 years.

The Shen Yun website says that China was once known as Shen Zhou, or The Divine Land. For thousands of years, disciplines such as Buddhism and Taoism were at the heart of Chinese society. However, much of that culture has been lost during Communist rule in the country.

A group of Chinese artists formed the company in 2006 with a shared vision of reviving "the true, divinely inspired culture of China and share it with the world," and to keep traditional Chinese culture alive.

City of Jackson Deputy Director of Cultural Services and Thalia Mara Hall Manager Michael Raff says that when Shen Yun performed in 2015, the show almost sold out, and 1,700 people filled the audience.

Theater-goers who saw the last performance at Thalia Mara, or at another venue, will see a different show this time around because though the message remains the same, the choreography, music, songs, costumes, backdrops and stories change every year.

The two-hour performance features 15 short dance pieces that tell stories from Chinese history, including the country's contemporary history, mythology and more. The live orchestra, which will accompany each dance, combines Western instruments such as strings, percussion, woodwinds and brass with traditional Chinese instruments such as the two-stringed erhu and the four-string pipa. The show also includes vocal and instrumental solos. All of Shen Yun's singers use the bel canton vocal technique to sing in the upper register.

"Shen Yun exposes you in stories reaching far back to the past," Raff says. "(Audience members) will explore fields even beyond our visible world."