US Intel Sees Signs of Russian Meddling in Midterms 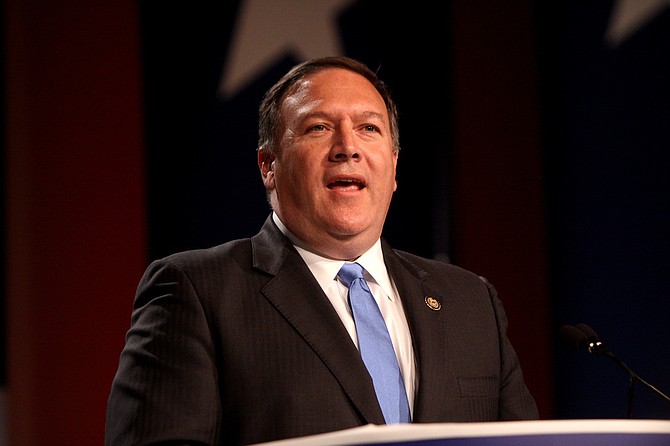 CIA Director Mike Pompeo said that he expected that Russia would insert itself in the midterms in which Republicans and Democrats will vie for control of the House and Senate. Photo courtesy Flickr/Gage Skidmore

WASHINGTON (AP) — Three of the nation's top intelligence officials confirmed Tuesday that they have seen evidence of Russian meddling in the upcoming midterm elections—part of what they say is Moscow's escalating cyber assault on American and European democracies.

"We have seen Russian activity and intentions to have an impact on the next election cycle," CIA Director Mike Pompeo told the Senate intelligence committee.

National Intelligence Director Dan Coats and Adm. Mike Rogers, the head of the National Security Agency, agreed that Russia's interference is ongoing. "This is not going to change or stop," Rogers said.

They didn't describe the activity, other than to say it was related to information warfare.

"This is pervasive," Coats said. "The Russians have a strategy that goes well beyond what is happening in the United States. While they have historically tried to do these types of things, clearly in 2016 they upped their game. They took advantage, a sophisticated advantage of social media. They are doing that not only in the United States but doing it throughout Europe and perhaps elsewhere."

U.S. intelligence concluded Moscow interfered in the 2016 presidential election, which has led to the current FBI investigation into possible Trump campaign connections. Russia denies the allegations and President Donald Trump has called the FBI probe a witch hunt.

The three testified in Congress on the same day that the intelligence community released its annual report on global threats. The report predicted Russian intelligence agencies will disseminate more false information over Russian state-controlled media and through fake online personas to spread anti-American views and exacerbate social and political divides in the United States.

Pompeo had said earlier that he expected that Russia would insert itself in the midterms in which Republicans and Democrats will vie for control of the House and Senate. And last week, Secretary of State Rex Tillerson told Fox News that the U.S. is seeing "certain behaviors" of Russian meddling in elections in the Northern Hemisphere, including "in the U.S." this year. But the latest testimony actually confirmed that it is occurring.

Coats said the details of any meddling needs to be shared with the American people. He said there should be a national outcry — that people need to stand up and say, "We're not going to allow some Russian to tell us how to vote, how to run our country."

Sen. Mark Warner of Virginia, the ranking Democrat on the committee, said it's been more than a year since the 2016 election, but the U.S. still has no plan to battle foreign interference in elections. He criticized Trump for not issuing more sanctions against Russia in response to the meddling.

"He hasn't even tweeted a single concern," Warner said.

It's unclear what the U.S. is doing covertly to battle back.

But Coats acknowledged that the U.S. is "behind the curve" in coming up with policies to penalize those who hack America's critical infrastructure, interfere with elections, undermine the government or hit financial institutions.

Sen. James Risch, R-Idaho, said he thinks the American people are better prepared to deal with Russian influence campaigns in the upcoming midterms and beyond. They have started to look askance at social media and attempts to influence their opinion, he said.

"The American people are smart people," Risch said. "They realize that there's people attempting to manipulate them, both domestically and foreign."