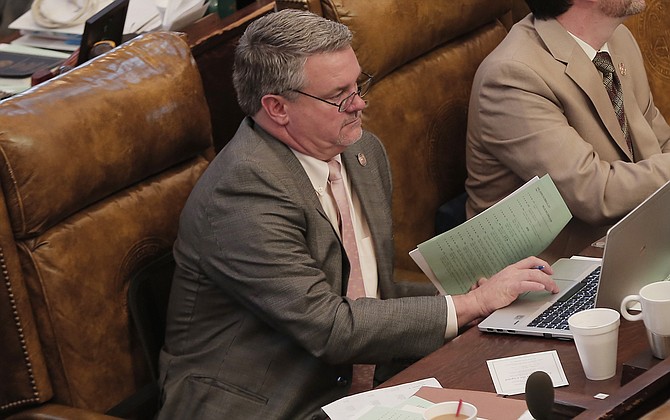 JACKSON, Miss. (AP) — Leaders of the Mississippi House of Representatives are considering a plan to reduce income taxes in exchange for higher fuel taxes to raise money for roads and bridges.

House Transportation Committee Chairman Charles Busby, a Pascagoula Republican, says the plan could phase out Mississippi's 4 percent income tax bracket, which applies to yearly incomes between $5,001 and $10,000. In exchange, Busby says lawmakers would impose an additional 12-cent-per-gallon tax on gasoline and 15-cent tax on diesel, phasing it in over four years as the income tax is phased out.

Mississippi Department of Revenue figures show removing the 4 percent bracket would cut $165 million in revenue, while fuel tax increases would add $302 million. Busby's plan would then automatically increase future gas taxes at the rate of inflation, a move he said is meant to prevent the need to revisit the issue.

The plan points to continuing Republican reluctance to consider an outright tax increase for roads and bridges, although legislative leaders agree with business groups who want the state to spend more on transportation. The House has made a series of proposals this year to earmark current or future revenue from other programs to roads and bridges, which could mean cuts to other programs. House Bill 722 , for example, would divert $100 million in taxes paid on internet and catalog sales to city and county road projects.

Lt. Gov. Tate Reeves has yet to publicly offer a plan.

Rep. Robert Johnson III, a Natchez Democrat who formerly chaired the Transportation Committee, said he would oppose any further reductions to state revenue. Overall state spending was budgeted to fall about 10 percent this year.

"We don't have budget that can sustain a cut right now," Johnson said.

"Any time you swap a tax that's based on someone's ability to pay with a consumption based tax, like a sales tax or fuel tax, your overall tax structure is going to become more regressive, requiring more of those who have the least ability to pay," Miller wrote in an email, also saying that Hope thinks cutting other revenue is misguided, citing struggles to pay for public services.

Lawmakers voted in 2016 to phase out Mississippi's 3 percent income tax on the first $5,000 of income, part of more than $750 million in tax cuts and changes Republican-led lawmakers have adopted since the GOP took full legislative control in 2012.

Cutting the 4 percent bracket would leave the state with only a flat 5 percent tax on income above $10,000 a year. However the phase-out of the 3-percent income tax bracket, which begins this year, won't be complete until 2022. Busby said more study is needed to figure out how to mesh his plan and the existing tax cut.

Derrick Surrette, executive director of the Mississippi Association of Supervisors, said he hasn't had time to examine the proposal, but said as long as counties and cities maintained their current share of revenues, it would probably be acceptable. However, he questioned whether Republican lawmakers would vote for any gas tax increase.

"Can it pass, because everybody has been so afraid of raising the fuel tax at the pump," Surette said.