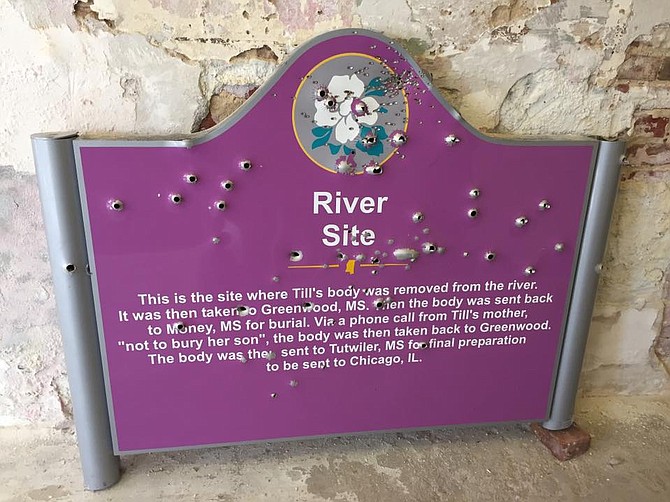 Unknown vandals shot up the Emmett Till historic sign 35 days after it was erected. Courtesy Emmett Till Interpretive Center in Sumner, Miss. 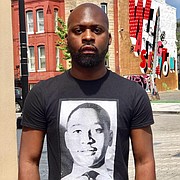 Mississippi is not what it used to be. And yet here we are again, facing the news that the Emmett Till sign that marks the place of his death has been riddled with bullets even as organizations across the nation are preparing to commemorate the 63rd anniversary of his brutal murder on Aug. 28. His death sparked the embers that led to the Civil Rights Movement.

This is the fourth time that the Till legacy has been attacked in this manner. We don't know who's doing it. It could be a couple of young misguided youths, or it could be an older staunch racist who seeks to spit on the racial progress that Mississippi and the rest of our great nation has made.

The story of Emmett's murder in Mississippi in 1955 is horrific, and it's a constant reminder of the intense and vicious hatred once meted out to African Americans. I often speak on the changes in my home state of Mississippi, and how a state that was once known as the deadliest place for blacks has transformed through racial progress.

Regardless of who shot up the sign, this is unacceptable. It is a damn shame that we are still dealing with incidents like this in 2018. Those bullet holes in the Emmett Till marker are representative of the hate that still exists in the hearts of some American citizens.

When incidents like these happen, we are placated by those who inhabit our church pulpits, as they tell us that one day, things are going to get better.

I don't believe in standing by, waiting for things to magically improve. As an activist, I believe in using my voice and platform to force change. I often quote Congressman John Lewis when he said, "Get in the way and make some noise for change."

It's time for our religious leaders to act on these words. If you are called to minister to the people, then why aren't you addressing the racial issues that we face? Just as I have a platform, so does every religious leader. The people look to you for answers. When are you going to finally speak up and speak out against racism?

I'm calling on everyone to get involved. If you're a religious leader, a political leader, a community activist, a change agent or a civic servant: It's time to stand up and speak out for what's right.

We can no longer placate the people, assuring them that this is "just how Mississippi is," as we sit back and wait for it to happen again next year. That's not what our great religious and political leaders did during the Civil Rights Movement of the 1960s. No, they stood up and they spoke out against the things they saw, and they actively pushed for change.

It's time for us to do the same.

We are currently standing on the precipice of an important moment in our civil-rights history. As the U.S. Justice Department investigates Emmett Till's murder and Carolyn Bryant Donham's confession, where she admitted that her lies caused the death of young Emmett, we must do everything in our power to make our voices known and demand that justice be done.

Justice is the only way that we will truly see the racial healing that our society direly needs.