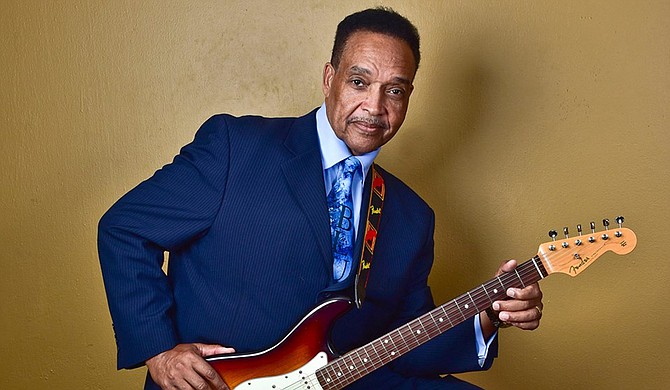 Mississippi bluesman Johnny Rawls encountered the music for the first time on a cool Christmas morning when he was 12 years old. His father and grandfather were playing the blues guitar together, and young Rawls decided then that he wanted to do the same.

"And from that, I went on to playing on the porches of friends and family in Purvis and Gulfport, Mississippi, where I was raised," he says. "But as a teenager, while I was at Purvis High School, I was good enough to play professionally with the likes of ZZ Hill, Little Johnny Taylor, Joe Tex and The Sweet Inspirations."

Around 1970, when Rawls was still in his late teens, he went to work as bandleader for Tennessee soul and blues artist O.V. Wright, best known for hits such as "You're Gonna Make Me Cry" and "That's How Strong My Love Is." Rawls later took on the same position with Little Johnny Taylor after Wright died of a heart attack in 1980. Both Wright and Rawls are honored on the Mississippi Blues Trail Marker at the former Hi-Hat Club in Hattiesburg.

"I always pay homage to O.V. Wright during my shows because he gave me my big break," he says. "He allowed me to be his bandleader for over 10 years."

Rawls launched his solo career in 1985, releasing his first recording on the Rainbow Records label and his debut album, "Here We Go," on JSP Records in 1996. While he has worked with several labels over the course of his career, including Touch Records, Rooster Blues, Catfood Records and Topcat Records, he started his own label, Deep South Soul, in 2002.

Over the years, Rawls has put out more than a dozen albums, including his popular 2008 album, "Red Cadillac," and 2009's "Ace of Spades," which earned him his first Blues Music Award.

In September 2017, he released his most recent album, "Waiting for the Train," which has garnered him nominations for Soul Blues Album of the Year and Best Soul Blues Male Artist in the 2018 Blues Music Awards. The Blues Foundation will announce the winners with a ceremony in Memphis on May 10.

Even outside of his own music, Rawls has made a name for himself as a producer, songwriter, vocalist and musician with his skills on the saxophone, clarinet, piano, bass and electric guitar, among other instruments. He has contributed to albums from artists such as Johnnie Marshall, Willie Cobbs and Deitra Farr.

Today, Rawls, 66, performs for audiences around the world, with more than 200 national and international tour dates per year. Despite the heavy workload, he has continued to handle both the business and artistic sides of his music.

"I am my own manager and booking agent, traveling with me and Jesus," Rawls says. "I like driving and seeing the countryside. When you fly, you miss a lot of good things, people and places. ... I plan to keep doing what I do—just letting life flow, taking that old magic-carpet ride at this stage of my life and career."

Rawls and his touring group, the Johnny Rawls Revue Band, will come through Jackson on Friday, April 27, for a performance at 8:30 p.m. at Underground 119 (119 S. President St.). This will be the first time that the Mississippi native has performed in the capital city.

"Tell the people in Jackson, it won't be the same once me and that red Cadillac leave town," he says.