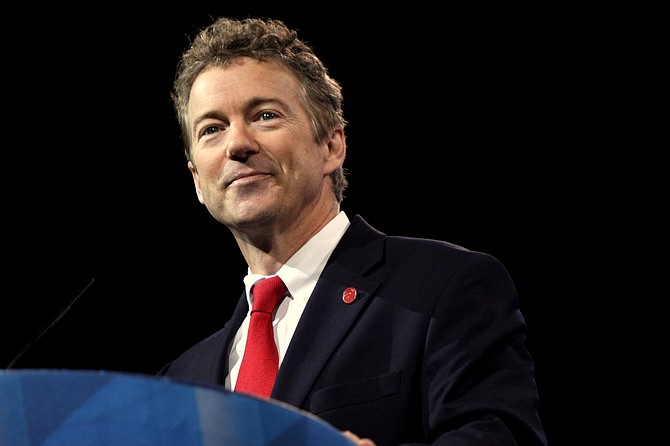 Top Republicans had amended their measure overnight, adding billions of extra dollars for states and easing coverage requirements under President Barack Obama's statute to win over wavering GOP senators. Paul, R-Ky., had opposed the earlier version of the bill, saying it spent too much money.

Asked Monday if Paul's position had changed, spokesman Sergio Gor provided a document listing three demands. It said the "primary" one was a "significant" reduction in $1 trillion in spending under Obama's 2010 overhaul. Paul also wants elimination of requirements that insurers cover specified medical services and other coverage mandates, and establishment of "association" health plans consumers could join to pay lower prices.

"That's the only way he gets to a yes," Gor said in an email.

They said Trump and his advisers have been in regular touch with the Kentucky senator. They were also hoping to sway Sen. Lisa Murkowski, R-Alaska, by addressing concerns in her state, where medical costs are high.

Facing solid Democratic opposition and a slender 52-48 Senate majority, Republicans will lose if three GOP senators stray from the bill.

A vote must occur this week for Republicans to have any chance of prevailing with their narrow margin. Next Sunday, protections expire against a Democratic filibuster, bill-killing delays that Republicans lack the votes to overcome.

GOP Sen. John McCain of Arizona has opposed the bill's initial version and Texas Republican Sen. Ted Cruz said Sunday he was against it. Maine Republican Sen. Susan Collins seems likely to do the same. Murkowski is undecided but had opposed earlier GOP bills dismantling Obama's statute that the Senate rejected in July.

President Donald Trump blistered McCain for his decisive July vote killing an earlier Republican effort to erase the 2010 law in his latest attack on fellow Republicans over the party's sputtering health care drive. McCain returned to the Senate from a brain cancer diagnosis and in a dramatic post-midnight roll call cast a stunning, third GOP vote against that measure.

Trump called that "a tremendous slap in the face of the Republican party" in a call to the "Rick & Bubba Show," an Alabama-based talk radio program.

"Without John McCain, we already have the health care," Trump said.

Republicans have pinned their last hopes on a measure by GOP Sens. Bill Cassidy of Louisiana and South Carolina's Lindsey Graham.

It would eliminate Obama's expansion of Medicaid and subsidies the law provides millions to reduce their insurance costs. Instead, block grants would be given to states with few strings on how the money would be spent.

The updated measure would add $14.5 billion and mean added funds for the home states of Murkowski, McCain, Paul, Collins and Cruz.

Such changes might appeal to the conservative Cruz. He's said the bill needed added steps to drive down premiums.

Cassidy was scheduled to defend his bill at a hearing later Monday by the Senate Finance Committee. Testifying against the measure will be Sen. Mazie Hirono, D-Hawaii, who's been diagnosed with kidney cancer.

The Congressional Budget Office was expected to release its analysis of the legislation early this week.

But the CBO, which is lawmakers' nonpartisan fiscal analyst, has said that it doesn't have time to determine the bill's impact on coverage and premiums, major factors for some lawmakers deciding their votes. Instead, the office is expected to only detail its estimates of the measure's effect on federal deficits.

The numbers are misleading, partly because they omit GOP Medicaid cuts from clamping per-person spending caps on the program, said Matt House, spokesman for Senate Minority Leader Chuck Schumer, D-N.Y. In a statement, Schumer said the measure would "throw our health insurance system into chaos."