Age Matters When It Comes to Screening for Cervical Cancer 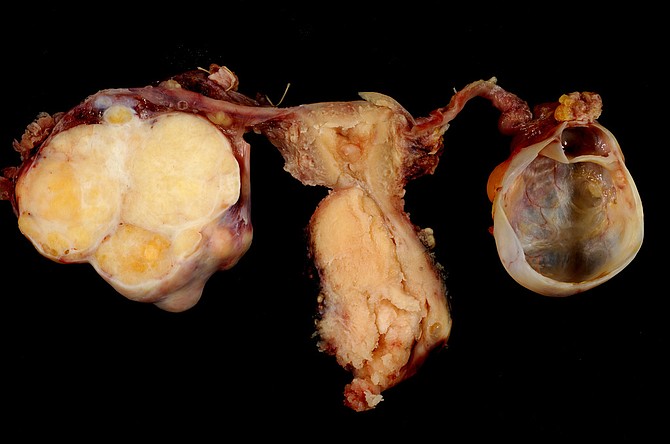 This year an estimated 12,820 U.S. women will be diagnosed with cervical cancer, and about 4,200 will die. Most haven't been screened, or have gone too long between checks. Photo courtesy Flickr/Ed Uthman

WASHINGTON (AP) — Getting checked for cervical cancer isn't one-size-fits-all: Millions of women may soon have to decide between a routine Pap or a newer test that detects if they have a cancer-causing virus.

Draft national guidelines released Tuesday for the first time say either option is reasonable for certain women — those ages 30 to 65.

Paps, a mainstay for women's health for decades, can spot pre-cancerous abnormalities in time to prevent cancer. Newer HPV tests detect the virus that causes nearly all of that cancer, and while they're widely used to confirm Pap results, most U.S. medical groups haven't yet pushed them as a stand-alone alternative for screening.

Tuesday's proposal doesn't signal an imminent end to the Pap era. Paps, not HPV tests, still are recommended for screening women in their 20s, stressed the guidelines from the U.S. Preventive Services Task Force.

Today, too many women still miss out. Some things to know:

Cervical cancer has dropped dramatically over the past half-century thanks to Pap testing. Still, this year an estimated 12,820 U.S. women will be diagnosed with cervical cancer, and about 4,200 will die. Most haven't been screened, or have gone too long between checks.

Paps examine cells scraped from the cervix. HPV testing looks for high-risk strains of the human papillomavirus, the nation's most common sexually transmitted infection. According to the Centers for Disease Control and Prevention, just about everyone will get at least one strain at some point in their lives. But only certain strains cause cervical cancer — and only if they linger long enough in the body.

Otherwise healthy women need a Pap every three years from age 21 to 29, agree most U.S. physician groups and the draft Task Force guidelines. Cervical cancer grows so slowly that regular Paps can find a problem early enough to treat.

While the Food and Drug Administration has approved an HPV test for women as young as 25, national guidelines have long recommended Pap screening for 20-somethings. That age group is most likely to get HPV — and the vast majority of the time their bodies clear the infection before it harms.

The older you get, the greater the chance that an HPV infection is the yearslong, harmful kind. To better catch those cases, today what's called co-testing is increasingly common for women 30 and over — a Pap-plus-HPV test combination. If the results of both tests are negative, women can wait five years to test again.

That spurred Tuesday's Task Force proposal to let women 30 and over choose an HPV test by itself every five years — or a Pap every three years instead. The proposal is open for public comment through Oct. 9, before it will be finalized.

Some countries already are moving to make HPV testing the chief screening tool, including the Netherlands and Australia.

"Most experts in this area are in agreement that HPV testing alone is the future of cervical screening," said Debbie Saslow of the American Cancer Society, who wasn't involved with Tuesday's draft guidelines.

An HPV test can cost twice as much as a $40 Pap, but doesn't require screening as often. Some data suggest HPV testing leads to more diagnosis of risky pre-cancer — but even by itself, an HPV test can spark more false alarms than a Pap, Wright said.

Also, some follow-up tests can alter the cervix in ways that may affect future pregnancies, a consideration for women still interested in childbearing, added the Task Force's Mangione.

WHO CAN SKIP CERVICAL CANCER SCREENING?

It's not recommended for women younger than 21, or those who had a cervix-removing hysterectomy.

Women can stop screening after age 65 if proper checks until then show they're healthy, current guidelines agree.

WHAT IF WOMEN RECEIVED THE HPV VACCINE AS AN ADOLESCENT?

Keep getting screened, following recommendations for your age. The first HPV vaccine hit the market about 10 years ago, too soon to know if it's safe for the now-grown first recipients to be screened less often, and newer vaccine versions protect against more strains, said Saslow, the cancer society's senior director of HPV-related and women's cancers.