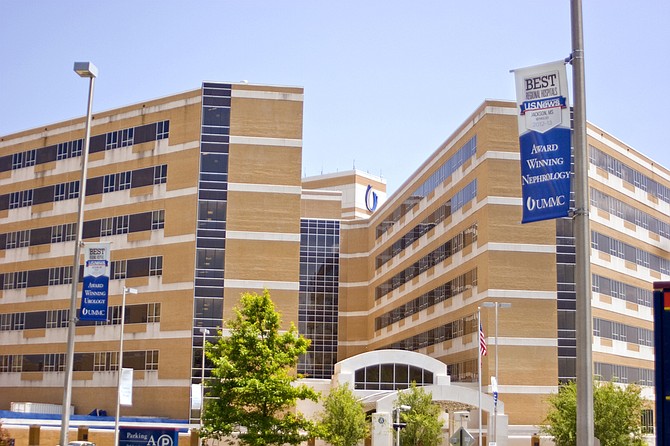 College Board trustees are considering a plan for the University of Mississippi Medical Center to borrow $132 million to finance an expansion of its children's hospital. File Photo

JACKSON, Miss. (AP) — College Board trustees are considering a plan for the University of Mississippi Medical Center to borrow $132 million to finance a $180 million expansion of its children's hospital.

Medical center officials have been building up to this moment for months, hoping to start construction later this year on a project that would more than double the space available in the hospital. A new tower would be built adjoining the current Blair E. Batson Children's Hospital in Jackson, creating space for private neonatal intensive care rooms, a pediatric intensive care unit, operating rooms and imaging devices designed especially for children.

"A big part of my job is to make sure we're focusing on our priorities and growing our strategic assets," medical center chief Dr. LouAnn Woodward told trustees. She said pediatric care is a reliable moneymaker for the medical center and the expansion would help the sprawling medical complex retain physicians and patients.

But key trustees on Wednesday expressed worries about allowing the hospital, which has yearly revenues of $1.7 billion, to borrow so much during a meeting of the board's Health Affairs Committee. The measure remains scheduled for a vote Thursday, but trustees would not commit following the meeting with going forward with the vote. Some said they want a third party to run additional projections.

"It's just very hard to support this," said Shane Hooper of Tupelo. He and other trustees said they feared the hospital might not meet projections of increasing revenue if there are cuts to the state-federal Medicaid health insurance program.

The board has set the goal for the hospital to keep 90 days' worth of cash, more than $400 million, in reserves, but the hospital has less. The project would cut into cash reserves for a while. On the other hand, the medical center has less debt than some peer institutions, because it's been using cash to pay for capital projects, officials said.

The uncertainty comes even as University of Mississippi Chancellor Jeffrey Vitter says the parent university will guarantee that a $40 million loan that would be used to build the hospital would be repaid.

"We are so positive about the project and its importance to the future of the institution," Vitter said after the meeting.

Trustee Alan Perry of Jackson said he would feel more comfortable if Vitter would just chip in that amount from Ole Miss' cash reserves.

The medical center intends to pay off the $40 million loan using state government money and private donations. The medical center continues to ask lawmakers to borrow $24 million on the hospital's behalf that would be paid back from state revenues, on top of the $6 million in bond money the Legislature has already granted. Private donors have given $18 million so far and pledged another $40 million. That puts the hospital $58 million toward a goal of raising $100 million, and the medical center's chief fundraiser expressed confidence that more pledges would be forthcoming once construction begins.