Jackson School Takeover Back on Table Under Separate Law 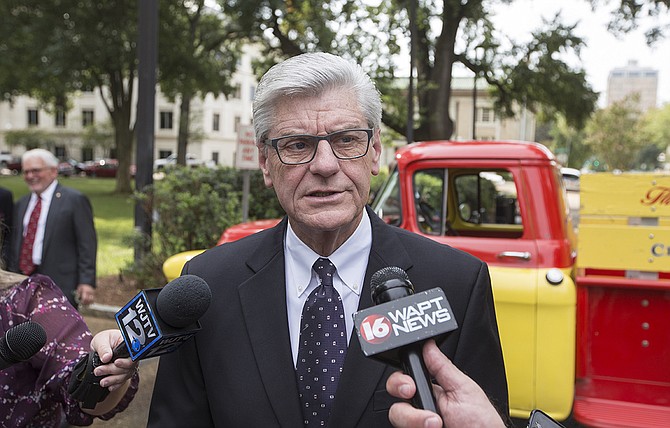 Under the achievement school district structure, Gov. Phil Bryant wouldn't be required to approve board actions. In the separate legal process that allows the state to take control of a local district for violating state rules, Bryant had to declare a state of emergency.

JACKSON, Miss. (AP) — A state takeover of the Jackson school district is back on the table, less than a month after Mississippi Gov. Phil Bryant decided he wanted a more collaborative approach to its problems.

A Mississippi Department of Education panel on Wednesday decided to recommend to the state Board of Education that as many as three districts be folded into a new statewide achievement school district aimed at improving academic performance.

"We need to provide the board options," said state Superintendent Carey Wright. "We're making recommendations, but they're just that."

Under the achievement school district structure, Bryant wouldn't be required to approve board actions. In the separate legal process that allows the state to take control of a local district for violating state rules, Bryant had to declare a state of emergency. That's what he refused to do last month, instead choosing to work with Jackson Mayor Chokwe Lumumba and the Kellogg Foundation to seek improvements. Those three entities appointed a 15-member commission to seek improvements in the schools, which met for the first time Wednesday, even as the state panel was meeting. Significantly, the panel elected Charles McClelland, a state Board of Education member who opposed the Jackson takeover, as one of its co-chairs.

Also Wednesday, the Jackson City Council began approving new school board appointees by Lumumba, after all the old board members resigned.

The achievement school district is an attempt to improve the academic performance of long-struggling schools. It could take over schools rated F by the state for two straight years, or any district rated F for two of three years. A school would remain under state control at least until it scores a C rating or better for five years.

The district is supposed to start taking over poorly rated schools next fall. State leaders are also trying to hire a superintendent. Similar districts have been greeted with protests in other states over loss of local control.

Lumumba, Bryant and superintendents of the Jackson, Humphreys and Noxubee districts didn't immediately respond to requests for comment.

"We're trying to be cognizant of capacity to serve," Coleman said, saying Jackson might be too large to tackle.

But Wright said the state Board of Education had already decided that the state had the capacity to serve Jackson when it asked Bryant to declare a state of emergency.

Task force member Rachel Canter, the executive director of education reform group Mississippi First, advocated for Jackson to be added to the list, saying the task force should focus on helping children, whether they are in a large or small district.

"There are multiple political factors at play that put the state board in a pretty tough position," Canter said, acknowledging opposition to a takeover. "I do think it's a question the state board has to confront."