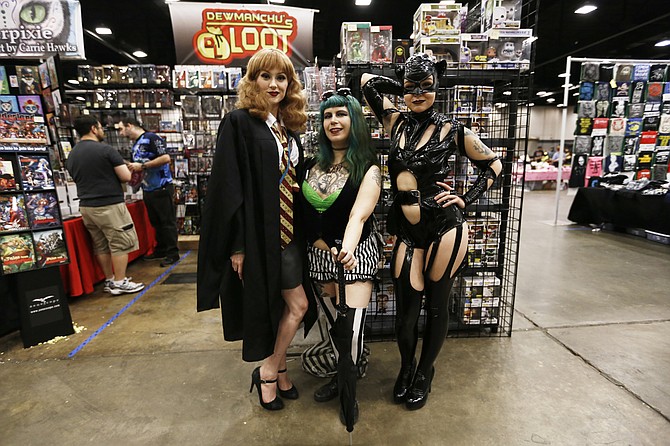 Mississippi Comic Con returns to the Mississippi Trade Mart on Friday, June 24, and Saturday, June 25, for its fourth year of bringing vendors, artists, fan groups and guests together in celebration of pop culture.

Greg Hanks, who is the event's public-relations coordinator and co-organizer, says the convention will use the entire Trade Mart building for this year event, which could help it exceed last year's attendance—between 8,000 and 9,000 people.

Hank says that the growth, especially through word of mouth, has enabled AVC Conventions, the company that organizes the event, to improve the guest lists for the conventions.

"The guest lists just keep getting better," he says. "The more we do these shows, the more the name gets out there."

This year's comic con will feature 20 guests, including actors Jeremy Bulloch (Boba Fett in "Star Wars"), David Yost and Walter Jones (Billy and Zach in "Mighty Morphin Power Rangers," respectively), Sean Schemmel and Christopher Sabat (the voices of Goku and Vegeta in "Dragon Ball Z," respectively), and Noah Hathaway (Atreyu from "The Neverending Story." The guest list also features artists such as Steven Butler, a Lucedale, Miss., native who has worked on titles such as "Archie Comics" and "Web of Spider-Man."

Hanks says the main reason that he began doing events such as Mississippi Comic Con is because of his children, with whom he wants to share his passions.

"I want there to be a safe, fun place for families to go out," he says, "and (for them to) be able to go out and do something that they enjoy."