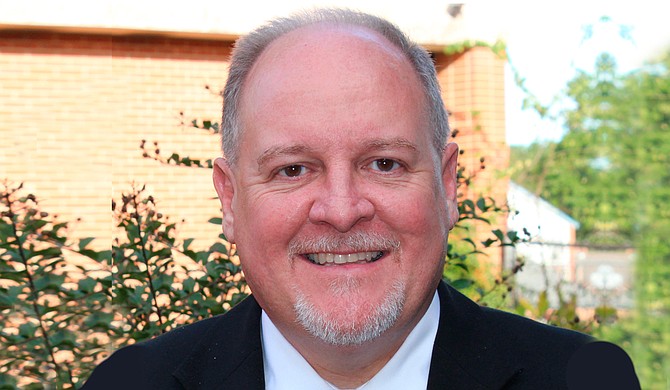 For Tim Martin, pursuing a career in public education did not always seem a likely career path, but it's one that he says has become a lifelong passion. The Jackson native will become the new superintendent of the Clinton Public School District on July 1.

"I have been overwhelmed and humbled by the outpouring of support from the community in my being named superintendent," Martin says.

After graduating from Forest Hill High School in 1982, Martin moved to Greenville, S.C., to attend Holmes College of the Bible. The Jackson native earned a bachelor's degree in Bible and Christian education in 1986 and moved back to Mississippi to begin his ministry career as an associate pastor and youth minister at a now-defunct church in Jackson.

It was around this time that he had his first teaching experience, serving as a substitute teacher at Jackson Public Schools. He says that he chose to be a substitute teacher because of the flexibility it gave him to work as a minister without having to worry about the income that came with it.

Working as a substitute teacher led him to question whether a full-time ministry career was the best fit for him. Ultimately, he made the decision to focus on teaching.

Starting a new career meant starting from scratch, he says, because alternative teaching routes such as Mississippi Alternate Path to Quality Teachers did not exist at the time. Martin went back to school and earned a second bachelor's degree in elementary education from Mississippi College in 1991.

Martin was the principal at Clinton Junior High School from 2000 to 2003. Since 2003, he has served as the assistant superintendent. In his time with the Clinton Public School District, Martin says he has seen the implementation of the Mississippi College and Career Ready Standards, which helps prepare students for life after high school, as well as the One-to-One technology initiative, which gives students and teachers in the district an Apple device such as an iPad (grades K-5), or MacBook (grades 6-12 and teachers) for educational use.

Both Martin and his wife, Cindy Martin, a retired educator and current director of the Millsaps College Principals' Institute, have family ties to educational careers. Tim Martin's mother, Patsy Martin, worked as a school secretary while his father-in-law, Bill Dodson, served as the superintendent of education for Pearl Public Schools.

Martin says he credits Dodson's guidance for helping him become a better school administrator and superintendent.

Despite leaving his career in ministry, Martin says he has not left behind what it taught him about developing strong personal relationships with the community that he serves.

"Working with people and caring about people—those lessons I learned in the ministry and through that training have served me greatly in school administration because people really don't care what you know, until they know you care," Martin says.

Martin and his wife have two daughters, Lindsey and Sara, and one son, Hunter. His daughter Lindsey has chosen a teaching career like her parents.

When not busy with his work, Martin says he enjoys playing tennis, attending Mississippi State University sporting events and teaching Sunday school at his local church.